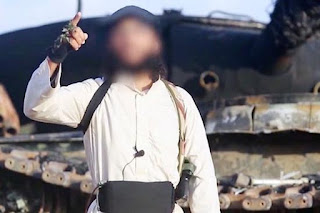 Allegedly, ISIS fighters discussed the downing of the Russian metrojet in Egypt.

However, this 'intelligence' seems to have come from Israel.

In any case, ISIS works for Israel.

British government officials have told Rupert Murdoch's Sunday Times that Abu Osama al-Masri - a 42-year-old former clothing importer who studied at al-Azhar University in Cairo - is a 'person of interest' in the suspected bombing of the Russian plane.

Al Masri is an Egyptian Muslim cleric and leader of the Islamic State in Iraq and the Levant (ISIS) branch in Egypt's Sinai Peninsula.

Masri is a Jewish surname and so Abu Osama al-Masri the former clothing importer may be a crypto-Jew. 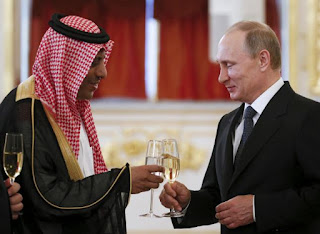 Pepe Escobar has written about RUSSIA and the SAUDIS

1. Saudi Arabia is not happy that the USA has become a little more friendly with Iran.

The Saudis fear  the current alliance of Russia with Iran.

2. Russia has been trying to become more friendly with Saudi Arabia.

3. Saudi Arabia has invaded Yemen to exploit Yemen's oil, side by side with Israel.

4. ISIS earns $50 million a month from the oilfields it controls in Syria and Iraq.

ISIS has the help of engineers from such countries as Turkey.

The USA and its allies are bombing Assad's oil infrastructure but not that of ISIS.

More here: RUSSIA and the SAUDIS
Posted by Anon at 01:09