'TURKEY DID THE SARIN GAS ATTACK' 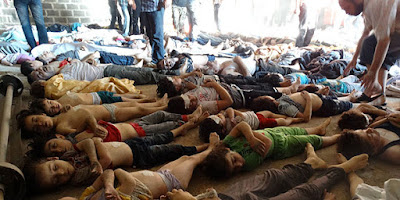 The 2013 sarin gas attack in Syria was organised by the Turkish government, according to two Turkish members of parliament.

The whistleblowers refer to chemicals from MKE (The Turkish Mechanical and Chemical Industry Corporation) and to wiretapped conversations. 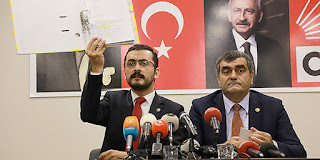 Two deputies from Turkey's opposition Republican People’s Party (CHP) have referred to Turkey’s reported role in sending toxic sarin gas to Syria for the attack on civilians in Syria in 2013, in which over 1,300 were killed.

They say that the investigation into reports of Turkey's involvement in the sarin gas has been derailed.

Erdem stated that the Adana (city in Southern Turkey) Chief Prosecutor's Office launched an investigation into reports that sarin was sent to Syria from Turkey via several businessmen.

An indictment followed regarding the accusations targeting the government.

According to Erdem: "The MKE (Turkish Mechanical and Chemical Industry Corporation) is mentioned in the investigation file.

"Here is the indictment. All the details about how sarin was procured in Turkey and delivered to the terrorists (ISIS and al Qaeda), along with audio recordings, are inside the file."

"However, despite such solid evidence there has been no arrest in the case.

"Thirteen individuals were arrested during the first stage of the investigation but were later released, refuting government claims that it is fighting terrorism."

Over 1,300 people were killed in the sarin gas attack in Ghouta and several other neighborhoods near the Syrian capital of Damascus.

The West blamed the government of Bashar al-Assad.

Russia claimed it was a 'false flag' operation aimed at making US military intervention in Syria possible.

CHP deputy Şeker said: "The investigation clearly indicates that those people who smuggled the chemicals ... faced no difficulties, proving that Turkish intelligence was aware of their activities."

While these people had to be in prison for their illegal acts, not a single person is in jail. Former prime ministers and the interior minister should be held accountable for their negligence in the incident,” Şeker further commented.

Erdem said that he will launch a criminal complaint against those responsible.