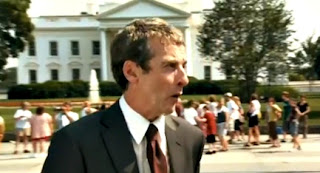 Malcolm Tucker, portrayed by Peter Capaldi, stars in In the Loop.

Tucker's main task is to use lies in order to start a war in the Middle East.

"Tucker is sent to be a willing and very active pawn in the efforts of a warmongering United States Assistant Secretary of State towards an intervention in the Middle East, which the British Prime Minister and American President want.

"This he does by fabricating intelligence in what could be a fictionalised version of the so-called Dodgy Dossier issued by Alastair Campbell and used by the British government to justify its involvement in the 2003 invasion of Iraq." 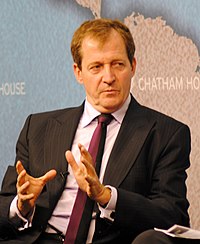 The character of Tucker was inspired by Tony Blair's spin doctor Alastair Campbell.

Capaldi later revealed that his personal preferable inspiration for the character was Harvey Weinstein. [5][6]