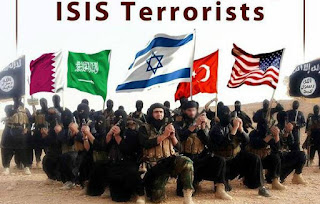 ISIS may be making US$1 billion per year from drug trafficking.

Reportedly: A top person in the Dutch Justice Ministry says that ISIS was created by Zionists seeking to give Islam a bad reputation.

A former top Al Qaeda commander has repeatedly alleged that ISIS works for the CIA.

"ISIS are Langley (CIA HQ) troops. They're trained, funded, and armed by Langley."

ISIS Colonel was Trained By Blackwater.