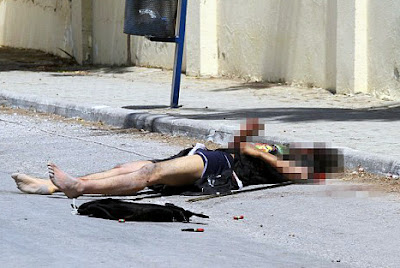 Above, we see 'the corpse' of the gunman, who is said to be 23-year-old Seifeddine. 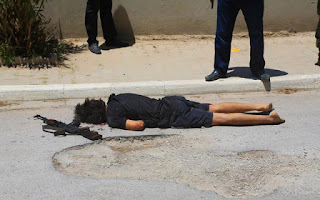 Can you spot at least THREE major differences from the photo at the top?

1. In the first photo the body is not parallel with the pavement.

In the second photo the body is parallel with the pavement.

Note the yellow mark on the pavement in the second photo.

3. The shorts are a different size and colour in each photo. 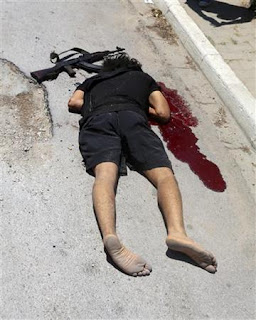 The official story is lies.

A Tunisian health industry official has denied claims that Seifeddine Regui was high on the effects of cocaine, according to local media reports.