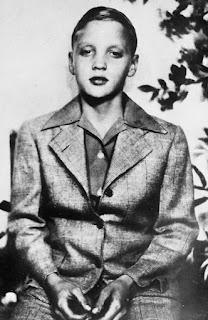 I want to ask him about 'Engineered Consensus'; and enjoy the view of Venice.

We start with an aperitif made with tequila, cucumber, and ginger.

"Tell me about 'engineered consensus'" I say to Elvis.

"Well", says the ever youthful singer, "Let's imagine that Obama wants to bomb this city of Venice and then set up a naval base here.

"First he gets someone 'authoritative', such as Pope Francis, to say on TV that the USA must bomb Venice because the Venetians are dangerous people.

"Then various respected personalities, such as Tom Hanks, say that we must bomb Venice.

"CNN tells us that the St Mark's in Venice is inferior to the copy in Las Vegas. 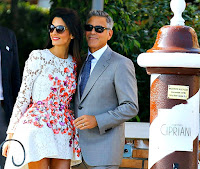 Elvis waves to George Clooney and Björn Andrésen who are sitting at the next table.

"Fox news," continues Elvis, "tells us that only a fool would not want to bomb Venice, as it is full of terrorist Venetians.

"Top scientists tell us that the Venice Lagoon is full of poisonous substances and must be bombed.

"Congress passes a law requiring that Venice be bombed.

"The New York Times tells us that only conspiracy theorists want to save Venice.

"So, we end up with the idiot population thinking that they must bomb Venice."

Giorgio Armani enters the restaurant and sits down at the table on our left.

Our main course is sea bass and veg., washed down with some bottles of Bruno Giacosa Collina Rionda, Barolo.

I ask Elvis about the news that David Cameron 'was aware' British pilots carried out Syrian air strikes.

"With the tourists being killed in Tunisia, Cameron now doesn't have to worry," explains Elvis. "Remember that Obama said he is supporting ISIS."

"What really happened in Sousse?" I ask.

"Engineered consensus. Get Tunisians to support American bases and get the British to support air strikes in Syria." 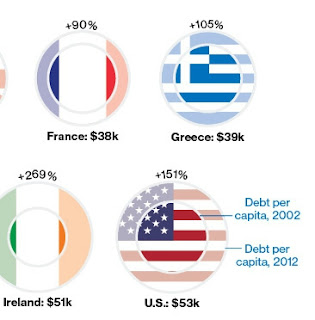 An IOU for Every Man, Woman, and child.

Elvis next decides to talk about the current financial situation.

"And the US national debt has more than doubled since 2007, and is so large that it is mathematically impossible to pay it off."

What does that mean?

"Greece could sack those elements of its military and police who work for the Powers-That-Be.

"It could state that it is not going to pay back its debts.

"It could return to the drachma and nationalise its banks.

"It could leave the EU and NATO.

"It could rely as much as possible on its internal economy and live a simpler form of life."

I suggest that this will not happen and that if lots of countries default on their debts there will be an enormous worldwide drop in the prices of government bonds, property and other assets. 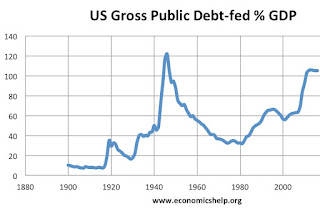 Elvis finishes his wine and says: "We should not exaggerate the problem.

"There are various possible solutions.

"Governments could cut spending on the military and on certain bloated highly paid government employees.

"Governments could force the super rich individuals and corporations to pay more in tax.

"Governments could crack down on fraud, tax evasion and waste.

"Governments could do more to promote small businesses, which are the key to success in countries like Switzerland."

"But, thanks to engineered consent, too many of us continue to support the criminals who run governments, militaries, banks and corporations."

Engineered consensus, THE MATRIX REVEALED, EXIT FROM THE MATRIX, POWER OUTSIDE THE MATRIX, NoMoreFakeNews.com  OutsideTheRealityMachine.
Posted by Anon at 01:03