George Osborne is a top man at Bilderberg. 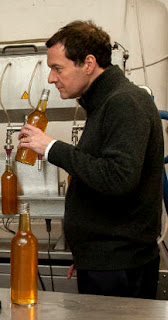 George Osborne has been linked to the Rothschilds.

Back on 2 October 2013, police officers armed with a battering ram burst into Natalie's London flat.

Natalie Rowe says the police questioned her about her forthcoming autobiography.