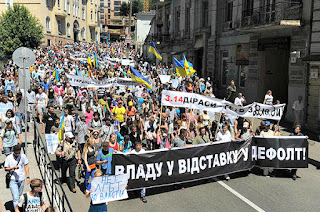 1. There have been big protests (above) in Kiev, the capital of Ukraine, against the US-backed regime which is wrecking Ukraine.

"In the latest eruption of mass protests against the US puppet government of Ukrainian President Petro Poroshenko, thousands of demonstrators swept through the streets of Kiev this weekend."

Slogans included 'We are hungry,' and 'Impeach Poroshenko!'


American spies are believed to be in Ukraine, trying to disrupt the protests.

The USA's Kiev regime is "transforming Ukraine into a cheap labour platform, and garrison state, on behalf of the US-NATO war drive against Russia."

Above, we see a child murdered by the Nazi-Jewish government of Ukraine.

"Nearly 60 percent of the population is strongly dissatisfied with Poroshenko, with less than 25 percent expressing confidence in Prime Minister Arseniy Yatsenyuk, according to polls released in March."

The military and the economy in Ukraine are in a state of collapse.

"The USA is mobilizing paramilitary forces to prop up the Kiev regime."

It was an alliance of Zionists and Nazis that the USA put into power in Ukraine.

2. What the USA has done to Ukraine it can also do to other countries in Europe.

"Today, Europe is not independent…

"The US is drawing us the EU into a crusade against Russia, which contradicts the interests of Europe."

"Obama Is Destroying Europe", "Dragging It Into A Crusade Against Russia" Says Former French PM

Fillon has attacked US policies in the Middle East.

Fillon has attacked the proposed Transatlantic Trade and Investment Partnership (TTIP), which would allow big US corporations to control Europe. 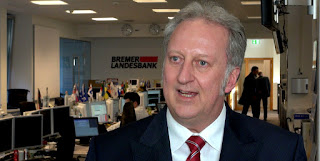 3. The chief economist at Bremer Landesbank, Folker Hellmeyer (above), says that the USA is destroying Europe.

Interviewed on June 6th by German Economic News, Hellmeyer, says that because of Obama's sanctions against Russia, German exports declined year-over-year by 18% in 2014, and by 34% in the first two months of 2015.

He says: "The damage is much more comprehensive than these statistics show...

"European countries with strong business in Russia, including Finland and Austria, are economically hit very hard.

Siemens is now thrown out from a major project for this reason. Alstom has likewise lost the contract for the railway line from Moscow to Beijing. 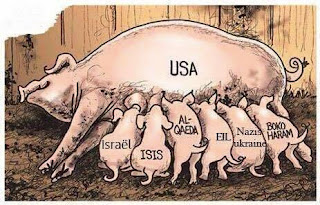 "People... are amazed at the media hiding the aggression of Kiev ... (Ukraine is now) an oligarchy  oriented toward the United States."

"Today, they represent 56% of world economic output, and 85% of world population. They control about 70% of the world’s foreign exchange reserves. They grow annually by an average of 4% – 5%.

"Since the United States were not prepared to share power internationally (e.g., by changing the voting-apportionments in the IMF and World Bank), the future rests with those countries themselves..." 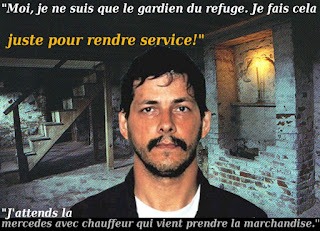 Are the top people in Europe all controlled by child abuse rings?

German Economic News asks: "The contempt with which the US government deals with the Europeans is remarkable, such as the NSA tapping the Chancellor’s phone, and Nuland’s famous 'Fuck the EU' statement. Have European politicians no self-respect, or are they just too cowardly?"

"Why is there not, in Europe, a huge movement to abandon NATO, and to kick out the U.S. military? ...

"How is it even possible for the world to move constructively forward, in this environment, of severe censorship, in the media, in academia, and throughout ‘the free world’?

"Why is there no outrage that the Saudi and other Arabic royals fund islamic jihad...

"Why are America’s rulers allied with the top financiers of jihad? Why is that being kept so secret? Why are these injustices tolerated by the public? ..."