The late Sir Anthony Blunt was the son of a vicar and was closely related to the UK's royal family.

Blunt was part of the Rothschild-linked Cambridge Spy Ring, which gave away Britain's secrets.

In 1964, the British government granted Blunt full immunity from prosecution.[25]

This was presumably because Blunt was part of the 'Hidden Elite' which uses child abuse rings to control the top people.

"This, according to our informant, came straight from the lips of an angry detective involved in the earlier police investigation."

Blunt was a frequent visitor to Northern Ireland, the location of the Kincora boys care home.

Kincora has now been linked to all the other 'boy brothels', used by the elite, throughout the UK.

Blunt mixed with the top people in Northern Ireland (Ulster), including the right-wing Protestants (Orangemen / Loyalists), many of whom liked sex with boys.

Northern Ireland's children's care homes, such as Kincora, supplied boys for the elite.

The homophobic right-wing extremist protestants (Orangemen) were among the chief suppliers and abusers of boys. 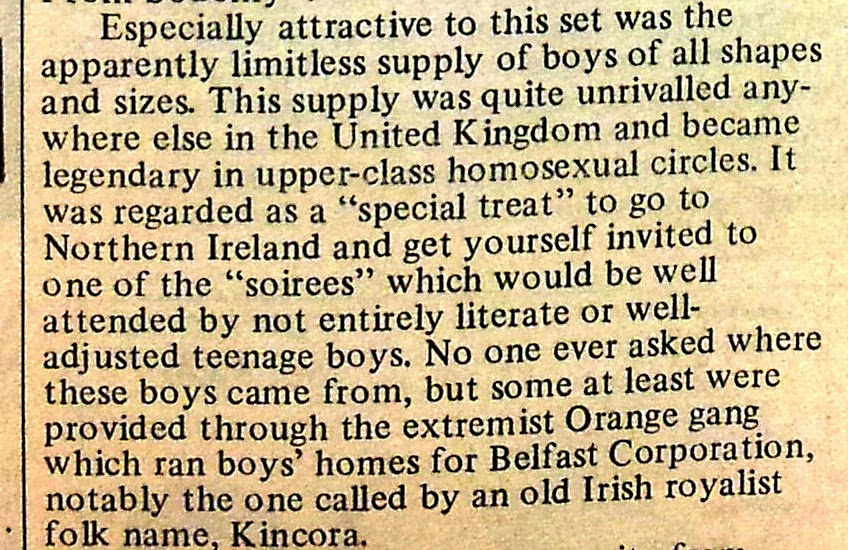 When Blunt was given immunity from prosecution, this immunity covered Blunt's widespread abuse of young boys.

As much of the British elite were involved in child abuse, the government wanted to keep Blunt quiet.

Prime Minister Edward heath is reported to have visited Kincora.

Reportedly, the former head of Britain's MI6, Sir Maurice Oldfield, was observed by his Special Branch guards making use of boys from the Kincora children's home. 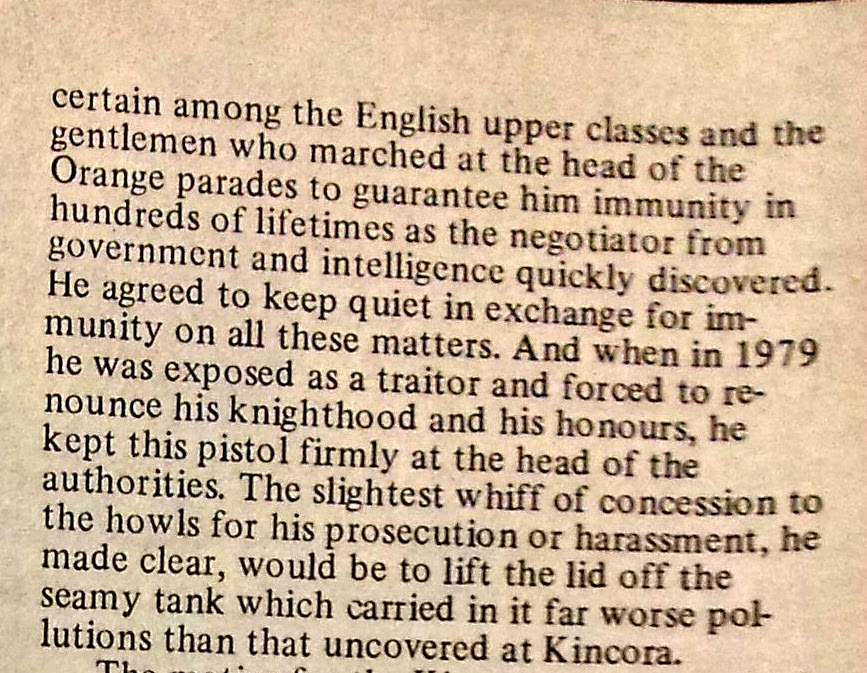 Blunt knew all about the very top people who abused children at the Elm Guest House and other locations in London, at Bryn Estyn and other children's homes in Wales and at scores of other 'boy brothels' around the country. 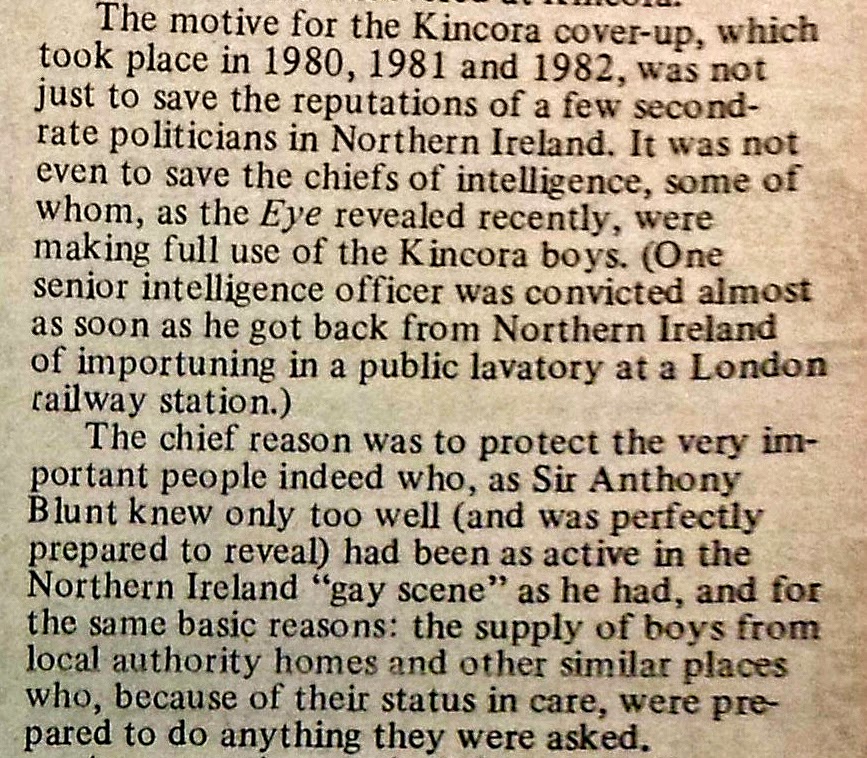 MI5 and MI6 knew all about the Kincora Children's home being used as a boy brothel.

The Kincora boys' home in east Belfast was run by William McGrath, who worked for MI5.

A ex-intelligence officer says MI6 was ordered to watch the Kincora care home.

The ex-intelligence officer says the boys were sent to various hotels around the province to be abused.

"Some were taken to Brighton and London and then further afield, as far as Holland and even Vienna."

The ex-intelligence officer says he was visited by MP Humphry Berkeley and author Robin Bryans who told him paedophile parties were taking place in the south of England.

Northern Irish politicians Enoch Powell and Ian Paisley - both Protestant Conservatives. Powell has been acused of being a child abusing Satanist. Paisley has been linked to Kincora.

MI6 knew of Blunt's links to Kincora, but kept quiet.

Blunt had immunity from prosecution.

Blunt "regularly visited Belfast at the time and was friends with known paedophiles.

"His name has also been linked to child sex parties at the notorious Elm Guest House in Barnes, London."