He is currently 'under house arrest' in Latvia, the country where he was born.

Beness Aijo, who has a history of involvement in violent protests, working at Heathrow in 2013

Beness Aijo is said to have worked with the Ukrainian separatists.

It should be noted that Aijo is a member of the extremist National Bolshevik Party - a Nazi group that is banned in Russia, and whose leader is in jail in Russia.

Aijo studied microbiology at London’s Birkbeck College, where he may have been recruited by MI6.

In May 2014, he was arrested by the Ukrainian authorities and deported back to Britain.

Strangely, he was then able to slip out of the UK.

It contains photographs of plane crashes. 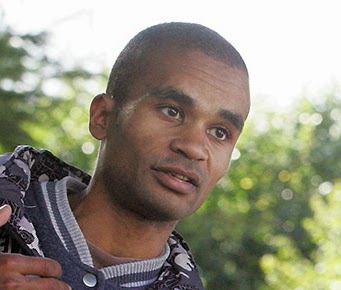