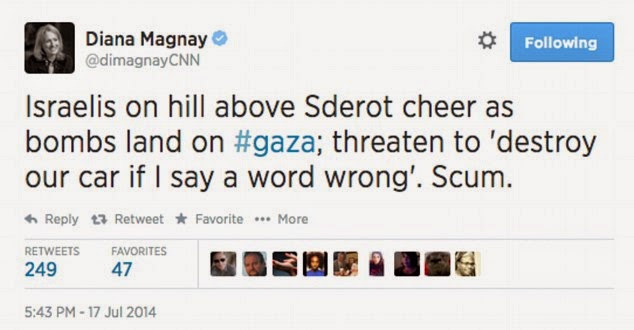 CNN's International correspondent Diana Magnay has been removed from covering the Israeli-Palestinian conflict after she called a group of Israelis 'scum'.

Magnay had used Twitter to express her fury after a group of whooping Israelis watching missile strikes 'threatened to destroy' her team's car if the British reporter used negative language. 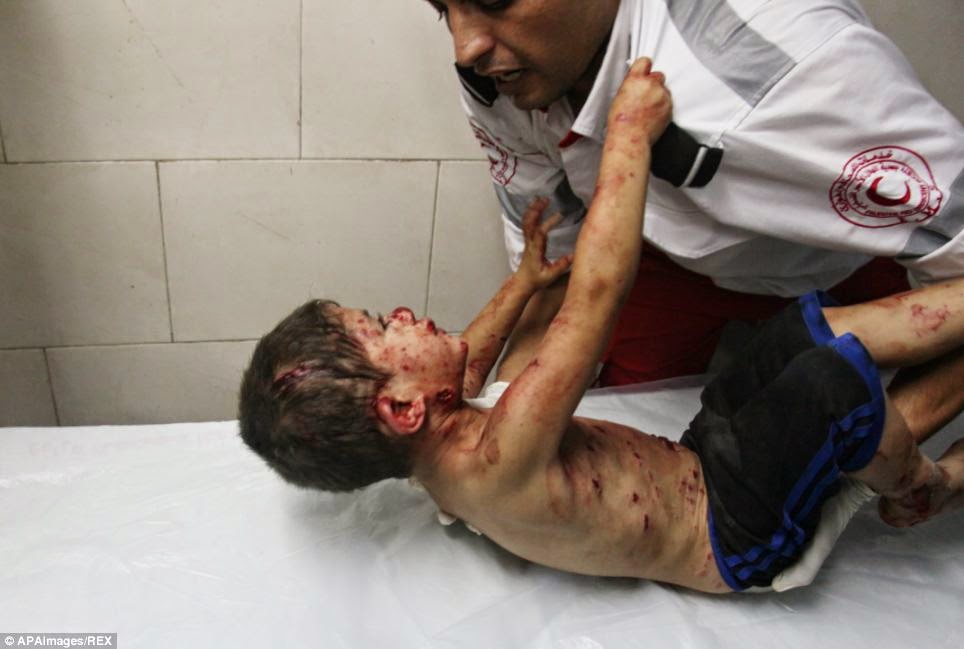 The KIDNAPPING OF THE ISRAELI TEENS was fake.