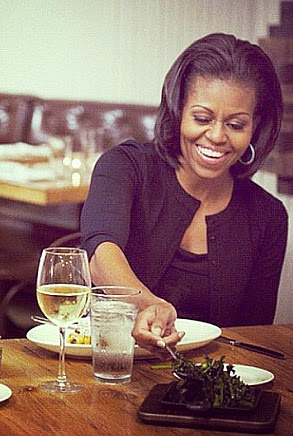 'Kidnapped girls' was what Michelle Obama wanted to talk about when we met recently at a restaurant in Washington.


We ordered starters of burrata, kales, hazelnut, apple and tamarind, to be followed by roasted seabream, spinach, with mussel and saffron velouté

This was to be washed down with  a bottle of Bonneau du Martray, Grand Cru, Corton-Charlemagne, 2008 and a bottle of Château Ducru-Beaucaillou, Saint-Julien, Bordeaux, 1989 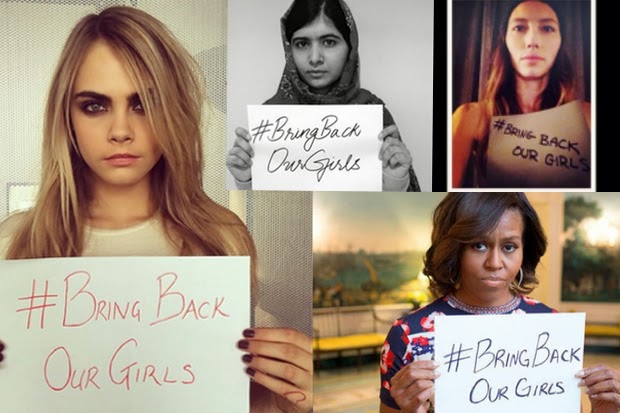 I asked Michele why she did not speak out about boys hacked to death.

"You mean the young Afghan civilians randomly murdered and mutilated by American soldiers?" she asked.

I explained that I meant the boys murdered by Boko Haram in September 2013.

"Back in September, I was busy thinking about 9 11," explained Michelle. "And I was thinking about the almost one million children who go missing each year in the USA." 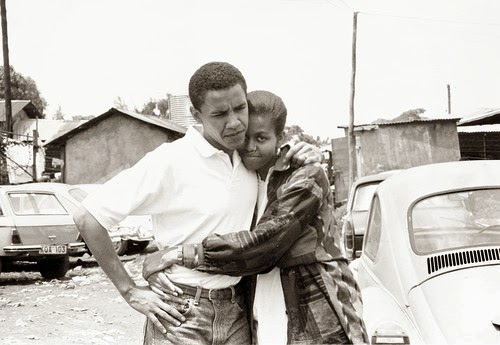 "Black boys have a difficult life," I pointed out.

"Well", said Michelle, "About a third of Black boys will end up in prison at some time in their lives. And more and more of them are dropping out of school."

"No, here in the United States," she said. 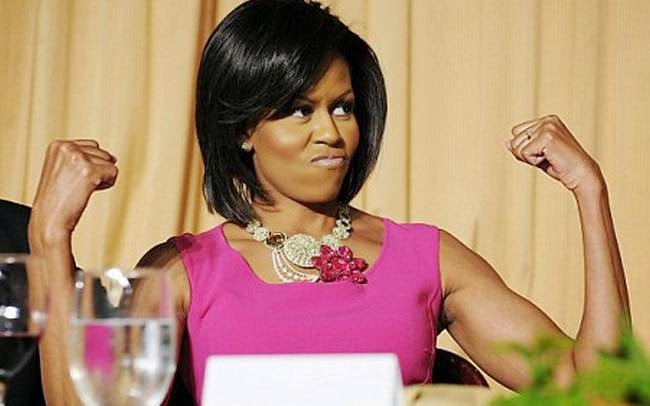 I took Michelle back to the subject of kidnapped girls in Nigeria.

Michelle related that every cloud has a silver lining.

"The kidnapping", said Michelle, "gives us a wonderful opportunity to plant more troops in Africa's largest economy - oil rich Nigeria. Soon we will have military bases throughout Africa." 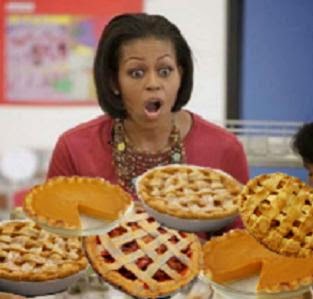 I asked Michelle what she thinks about the fact that, in 2012, The Nigerian Tribune reported that Boko Haram’s funding had been traced to the United Kingdom and Saudi Arabia.

As our Raspberry vacherin arrived, I found myself looking at Michelle Obama's beautiful hands and neck. 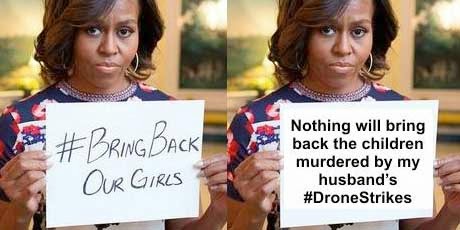 I read out a quote about Boko Haram.

"How did a ragtag collection of largely half literate unsophisticated persons, operating mostly in Okada, transform overnight to being able to design, manufacture and deploy bombs in buildings and in vehicles and carry out attacks in several locations around the country?

"How has their reach grown from just a corner of Nigeria to virtually everywhere in the country?

"For them to be able to mount such a sophisticated operation, they must necessarily have a well structured command and control system which in spite of their best efforts at concealment cannot remain undetected for long.

"So how have they seemingly defied the best efforts of combined security agencies in the country in detecting and foiling their activities?"

"We can expect these security services to mount a big campaign in the media."

The above of course is fiction.
Posted by Anon at 09:35