General Prayuth Chan-ocha (above left with 'his American boss' Gen. Ray Odierno) has taken over in Thailand.

In parts of Thailand, "every neighborhood has its own Mafia leader. And those are the people who control everything."

A Night with a Thai Mafia Don

When I was last in Thailand I was led to believe that Thailand is essentially feudal and that at the top of the pyramid we have the King, the generals, certain business leaders, certain mafias and the CIA.

Allegedly, the drugs trade and the sex trade are protected by the 'powers-that-be'.

Thailand is strategically important and is caught up in the struggle between the USA and China.

The family that rules over Thailand, a country famous for its child prostitution and drugs mafias.

In Thailand, Harry Nicolaides, a 41-year old teacher got into trouble because of a 103 word paragraph about the alleged sexual peccadilloes of the royal family, particularly Crown Prince Maha Vajiralongkorn. 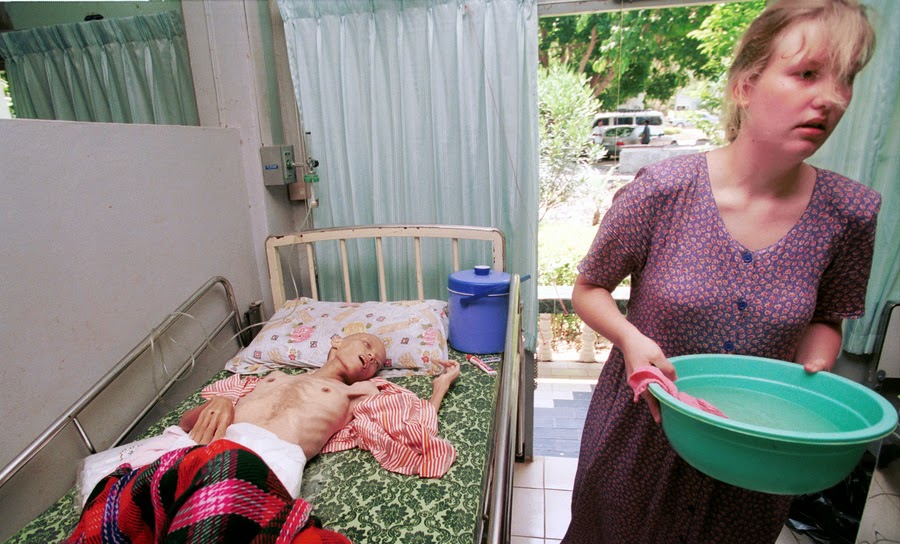 The BBC’s south-east Asia correspondent, Jonathan Head was investigated because a photograph of King Bhumibol appeared below that of a Thai politician on a page on the BBC website - rather than in the position of honour, at the top of the page.

In 2008, Thailand's King Bhumibol was said to be worth 35 billion dollars and therefore the world’s richest royal in the list prepared by the Forbes magazine.

An old picture of Queen Sirikit of Thailand, whose son, the crown prince, allegedly has a daughter and sons by a mistress now living in the UK.

The CIA reportedly takes an interest in Asian heroin.

According to an article at ZNet, the CIA has encouraged the Heroin Trade:

"In one of the CIA's more foul operations, its agents used its Air America airline to fly out Golden Triangle heroin.

"The drug was sold to corrupt... Thai politicians who then peddled it to GIs in South Vietnam and a booming population of addicts in America."

Thailand's former Prime Minister Mr Thaksin is popular with many of the poor.

But some see him as being just another feudal lord.

Some people say he is part of a US plot to increase US influence in Thailand, and some see him as being pro-China.

There are pro and anti Thaksin forces.

AIDS is now the main cause of death in Thailand. In Thailand's villages they are not dying so much of heart attacks as of AIDS.

I got bad vibes in Bangkok.

It was supposed to be the land of smiling people, but the three girls at the door of the seedy hotel were not smiling.

The taxi driver had insisted we stop at this place.

"There are girls like young film stars," he had said.

My protestations had been ignored.

The girls looked a picture of utter misery.

They had probably been kidnapped and were missing their mums.

I refused to get out of the taxi and got driven safely back to Bangkok's Asia hotel. 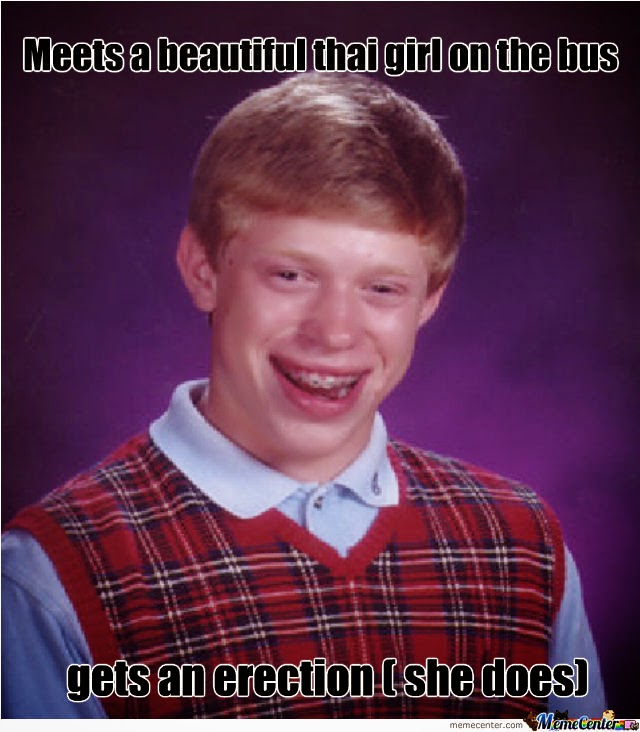 Bangkok is now regarded as the CRIME CENTRE of Asia.

In Thailand's capital city, the Russian mafia deal in extortion, the Germans and Australians export women, the Chinese deal in the small arms trade, the Korean mafias go in for kidnapping, the Japanese....

Turf wars have led to shootings.

In the year 2000, on the road from the airport, gunmen from Macau's 14K triad executed 3 Shui Fong members.

On September 15th 2000, seven hitmen ran into a Bangkok flat used by a top Indian mafia boss. The boss's lieutenant was killed instantly. The don was critically wounded.

Around the same time, a Pakistani gang leader, wanted for robbery and extortion, was gunned down in Bangkok.

In March 2001 a bomb wrecked a Thai Airways plane at Bangkok's international airport. Police suspect the attack could be linked to prime minister Thaksin's pledge to crack down on drug smuggling.

When I visited Pattaya, the vibes got worse. There was an aura of evil. Nobody seemed friendly, in any genuine way.

On the beach I got chatting to a businessman called Panya and his friend who was a local policeman.

They suggested I might like to join them for lunch at a fish restaurant. It was a super meal, but muggins had to pay.

Her father was dying of AIDS.

What I read in the local newspapers came as a bit of a shock.

There is now a website urging people to boycott Thailand. night-flight.com/dbt/ urges tourists to avoid Thailand because of incidents like the following :

There was a fire in a hotel. Several young girls, who had been chained to their beds, were burnt to death.

The main risk to the tourist may be the "mysterious death" in a hotel room. The tourist is found dead. His money is gone. He has been drugged. The police say it was a heart attack, or suicide.

How about Bognor this year? It rains a lot, but at least they speak English.

In 2010, the Thai army put down violent protests in Bangkok.

The 'Red Shirts', supporters of Thaksin, were temporarily defeated.

Thaksin was prime minister of Thailand until ousted in an army coup in 2006.

Thaksin helped the poor, killed off certain drugs dealers, but was accused of involvement in corruption and 'extra-judicial killings'.

Thailand means smiling Buddhist people, various mafias running sex tourism and a struggle between the US and China for influence.

The prime minister in recent times has been Thaksin's sister, Yingluck Shinawatra.

Thaksin currently lives in a luxury villa in Dubai.

His political party, led by his sister, is called and Pheu Thai.

There were violent demonstrations and arson attacks in Bangkok in 2010.

Mysterious black-clad gunmen were said to be linked to Thaksin's 'red shirts', or to the CIA or to some other group.

Thaksin is opposed by much of the Thai military, by 'old money and by the traditionalist, nationalist 'yellow shirts'.

Thaksin made his fortune in telecommunications.

His main support comes from the rural poor.

In Bangkok and in Pattaya in Thailand, 'Al Qaeda' operatives often meet with their CIA and MI6 'liaisons'.

Bangkok was the site of one of the CIA’s secret rendition prisons.

For many tourists, Thailand means prostitution.

(What do Israeli sex tourists in Thailand really think? - Haaretz ... )

Has the CIA turned against the 'establishment' in Thailand, partly because the Thai government is seen as being too friendly with China, and not sufficiently 'globalist'?

The globalists are backing Thailand's "red" color revolutions and its leader Thaksin Shinawatra?

Or, is that disinformation?

"Throughout the red shirts' publications ... themes include insinuated threats aimed at the monarchy and more recently, calls to emulate uprisings in Tunisia, Egypt, and perhaps most alarmingly, comparisons made between ousting Qaddafi in Libya and Thailand's current prime minster.

"Considering that each one of these nations amongst the 'Arab Spring' are textbook examples of foreign funded subversion, it is telling and troubling indeed that Thailand's red shirts are standing in open solidarity with them.

"Red shirt propaganda can be found online as well, including on the National Endowment for Democracy funded Prachatai website...

"Regarding Thailand's strategic importance to China, it possesses the narrow Kra Isthmus that China would like to develop into a Suez/Panama Canal-like project to shorten trips for its oil laden, China-bound tankers.

"China has begun the development of a rail system through Laos and the joint upgrading of Thailand's rail system.

"Thailand also is one of the world's largest rice exporters, which makes the nation vital to China's future growth and food security."

The CIA probably supports both sides?

CIA BEHIND VIOLENCE IN THAILAND?

CIA STIRRING UP RIOTS IN THAILAND?

THAI DEMONSTRATORS ARE 'PAWNS IN A BIGGER GAME.'

Thailand, the military and the CIA

THE CHILD SEX TRADE - FROM HAITI TO THAILAND TO OHIO
Posted by Anon at 00:26