In 1999, Michael Jackson made an appearance in Barnstaple, in Devon, in the UK.

Rosemary West was born in Barnstable.

She was involved in the murder of a large number of children.

Savile was involved in pedophile rings linked to top people. 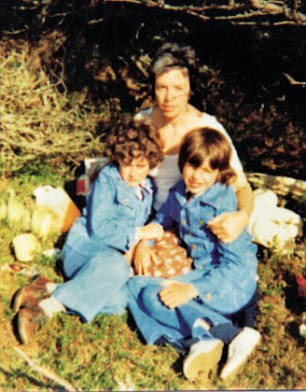 A number of children complained about Bryant.

From the age of 13, for nearly two years, Russel was abused by Bryant, who ran a surf life-saving club for local youngsters.

At the age of 19, Russel went to the police.

But at the police station, no one would take a statement.

"He said they would investigate Russel in depth and rip him apart in court and any dirt they found would be printed in the newspapers. Russel was too intimidated to continue."

Russel suffered a total breakdown in his late teens.

The Jimmy Savile affair, which revealed a wide network of child abusers, forced the police to at least take action against the less powerful abusers.

He admitted sexually abusing Russel and four other children, and was jailed for six and a half years.

William Goad, who reportedly sexually abused thousands of boys, lived not far from Barnstable in Devon.

Paul Wyatt says Goad was tipped off by police officers, thus allowing him to "act without prosecution" for years.

One police officer was observed visiting Goad's home on a number of occasions.