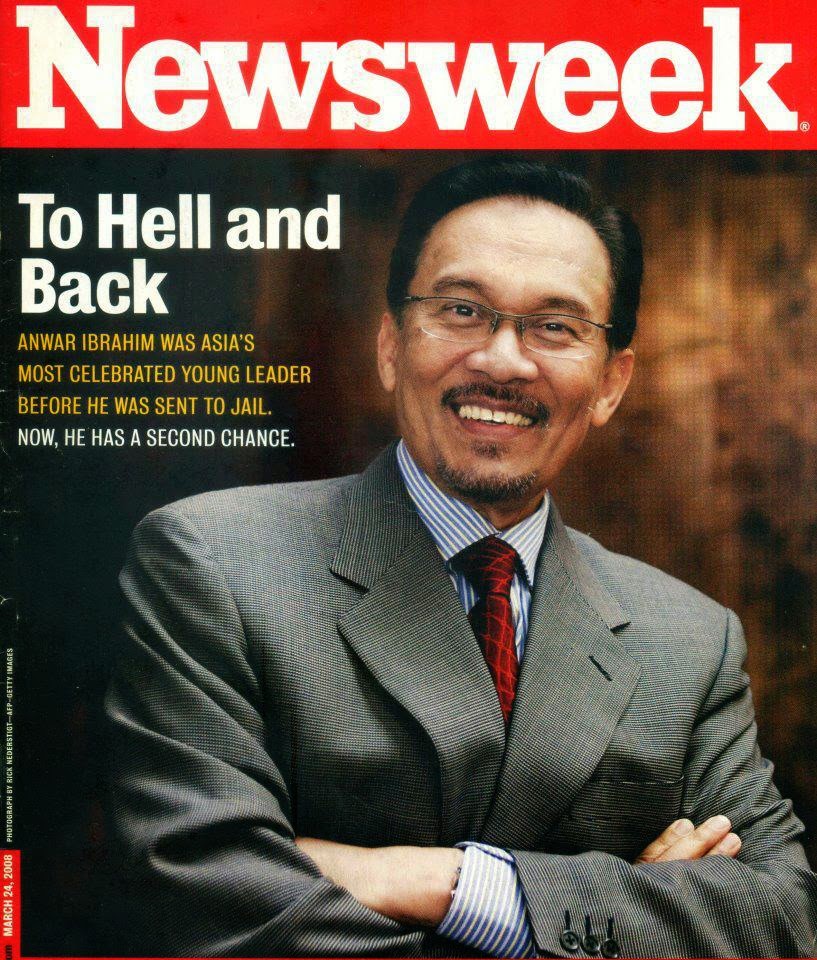 He says that MH370 would have been tracked by Malaysia's sophisticated radar system.

He says that, in 1994, when he was the Malaysian finance minister, he authorised the installation of the radar system.

He says the Malaysian government is hiding information.

Anwar says the Marconi radar system covers the Malaysian mainland and its coastlines, from its base in the South China Sea.

He says the radar would have instantly noticed when the plane turned west away from its planned route.

'The government has the authority to instruct the air force … or Malaysia Airlines,' Anwar told The Daily Telegraph.

Anwar says that the government should not have allowed the international search teams to search the South China Sea as they would have known the plane was not there.

Anwar used to be seen as being one of the CIA's chief assets in Malaysia.

But now it seems that the Malaysian Prime Minister Najib Razak could be a CIA asset. 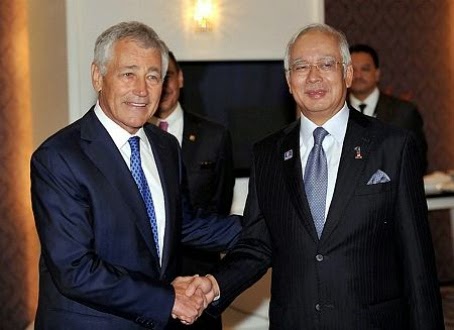 In the 2013 election, Anwar's 'pro-democracy' group of parties won more than 50 per cent of the popular vote, but lost the election - leading to allegations of corruption.

The day before MH370 went missing, Anwar was sentenced to five years in jail for 'a second sodomy offense', preventing him from running in a by-election in late April 2014.

A Malaysian journalist Ismail Amsyar tweeted the Malaysian Defence Minister, Hishammuddin Hussein, saying: 'MH370 is a blessing in disguise for all of us.'

Hussein tweeted back: 'Right u are :)' Victims of the US military. FLOODS AND STORMS EXPLAINED.


In December 2004, the US military at Diego Garcia knew that a tsunami was heading towards Malaysia, Thailand, Sri Lanka and India.

Yet the US military chose not send out a warning.

The US military at Diego Garcia has technology which must have tracked MH370.

Yet the US military is refusing to say where MH370 is located.

Reportedly, Philip Wood, a passenger on MH370, posted a message and photo on a forum, after he disappeared.

Allegedly, the phone message below was left on March 19th by ‘anonymous’ who later says that his name is ‘Philip Wood’ and he titles his message ‘help’ and goes on to say:


"I have been held hostage by unknown military personnel after my flight was hijacked (blindfolded).

"I work for IBM and I have managed to hide my cellphone in my @ss during the hijack.

"I have been separated from the other passengers and I am in a cell. My name is Philip Wood.

"I think I have been drugged as well and cannot think clearly."

Reportedly, the photo is completely black; information encoded in the photo viewed by right clicking the file and selecting Properties and then Details, provides access to a number of details about when and where the photo was taken.

These indicate that the photo was taken at a place with almost identical co-ordinates as Diego Garcia.

This could be faked.

One big problem is that Wood's partner Sarah Bajc clearly does not believe it, neither do his family apparently.

Above, we see the details of the 'black' photo.

Wood may have sent his message to a phone contact, who opened it in Photoshop to see if he/she could make out what was in the photo, then posted it to 4plebs board.

The GPS coordinates contained in the photo take you directly to a biulding on Diego Garcia (south of the runway and inland from a beach).

Of course this doesn't rule out the fact that a nonce stationed at the base did it for a laugh.

Given the reluctance of the US to help recovery in any meaningful way, at least until every other country had given up its secrets/data, its still the most probable theory.

In 2006, a former aide to Najib Razak, Abdul Razak Baginda, was accused of abetting the murder of Altantuya, his Mongolian ex-lover.

Abdul Razak Baginda, and three members of the Malaysian Police counter-terrorism unit working for the then Deputy Prime Minister Najib Razak, were arrested after the murder.

Altantuya had worked as Najib Razak's translator on a 'shady deal' involving buying submarines from France.

(MURDER IN MALAYSIA) (2.1.1.1 Corruption Allegations in the Purchase of Submarines)


Najib Razak was educated at Malvern College, a private school in the UK, and at the University of Nottingham in the UK.

The Malaysian Minister of Defence (above), who is also Transport Minister, in charge of the MH370 crisis, is Hishammuddin Hussein, who is allegedly gay.

The allegedly gay Hishammuddin Hussein is seen above with his friend Chuck Hagel, US Secretary of Defence.

Australian aviation expert Neil Hansford accuses the Malaysian government of not telling the full story of what happened.

He told Sky News: "I'm finding in any interviews I'm doing with Malaysians, there is a fair bit of spin, there's a fair bit of denial of the boarding procedures and the manifest checking with the stolen passport list, and inconsistencies all the time."