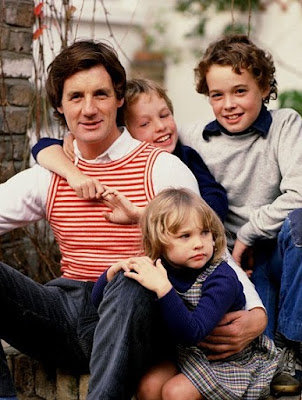 Michael Palin with his children Tom, William and Rachel in 1980.

His nephew is the theatre designer Jeremy Herbert.[23]

Sahara with Michael Palin (Travel 2001/02; Programme release 2002): in which he trekked around and through the world's largest desert.

Michael Palin's New Europe (Travel 2006/07; Programme release 2007): in which he travels through Central and Eastern Europe.

The Ukraine revolution took place in 2014.

Mark Forstater, one of the producers of 'Monty Python and the Holy Grail', fell out with the Pythons.


"NICK/CARL BEECH - I was 7 years old and had already suffered physically and sexually at the hands of my father. Now however, I was going to be introduced to the group, something I think that was always his intention. I never saw him as happy as when they seemed to like and accept me into the group. I was in, which meant he was too.

I don’t remember anything unusual about the day, except I suppose for the fact he was being nice to me. I should have suspected something was wrong. I had to wear my school uniform even though I was not going to be going to school that day. Instead I was going to my father’s work. I remember as though it was yesterday him telling me to do exactly as I was told and to not say a word. I don’t remember feeling scared or anything, but I was confused that he was being nice.


I was taken into this office and there was another man there waiting, he seemed to know my father. I remember they talked for a bit, but this other man never stopped looking at me, and I think it made me nervous. The man came over and said hello and even shook my hand and he told my father to leave. It was just me and him and I had to stand before him. He started touching my hair and face and then all over my body.

He kept saying how beautiful I was and that I was a good boy. I do remember it was quite nice to hear that I was a good boy. He started to undress me and then do some of the things my father did. Despite all that I had been through already with my father, I don’t think I expected it to come from a stranger, I just assumed it’s what fathers did.

This man only kissed and touched me and didn’t hurt me like my father but I was still glad when it was over. When my father came back, they talked again which is when I saw how happy he was. On the way back home, he even told me I had done really well. I don’t think this really registered, although it did add to the confusion that small boy felt. How could he be so nasty one minute and nice the next, why did it make him happy when another man liked me like that, was this all normal? It didn’t feel normal, or it might have been I didn’t want it to feel normal, but it was happening nevertheless.

It wasn’t long after that first meeting that I was taken to this house, I was ushered into the back room, and that man was there again together with two others. He was pleased to see me and again my father left me there. I was told to undress and do various things in front of them. One of them was taking pictures. I didn’t feel right to be standing there naked in front of these three men, but they seemed pleased, which I didn’t quite know why.

The man the office, told everyone to leave. He started kissing and touching me again, but this time made me do things to him as well. At the end he held me down on the carpet and raped me. He was the same as my father but unlike him he was saying all these nice things to me as he was hurting me. I still didn’t understand what was happening to me, except it was hurting and I didn’t like it. My face was wet with tears as I was pushed into the carpet."

9/11, Crimea & Iran: What the BBC Decided Not To Tell You This Week 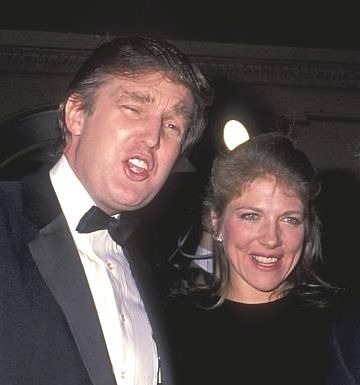 According to a recent US poll by Gallup, most Democrats and young Americans would like the USA to become a bit more socialist.

What they apparently want is a smaller gap between the multi-billionaires and the ordinary people.

What they apparently want is decent social services.

What they apparently want is to be more like Denmark or Iceland or Singapore or Switzerland or Finland.

8 of the 11 highest ranked countries in the UN’s human development index are northern European countries that are a bit socialist.

In the UK, a majority of Conservative Party voters would like the postal services to be nationalised, rather than to be in private hands.

In the UK, 70% of people believe that the policy of having private companies running public services has gone too far.

In the UK, 60% of people want a tax rise to pay for health, education and social benefits.
Posted by Anon at 08:11 No comments: 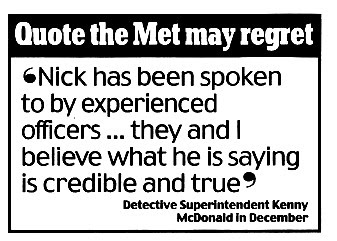 Where is Nirvana? Nicholas Egan We have received your appeal regarding your blog http://aanirfan.blogspot.com/. Upon further review we have determined that your blog was mistakenly marked as a TOS violator by our automated system and, as such, we have reinstated your blog. We apologize for any inconvenience this may have caused in the meantime and thank you for your patience as we completed our review process. Thank you for understanding. Sincerely, The Blogger Team
Posted by Anon at 00:02 15 comments: