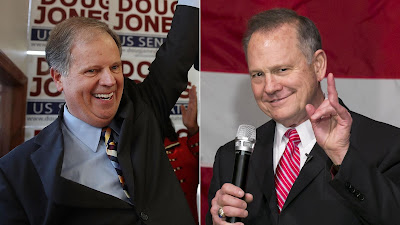 
"Roy Moore stuck to the theme of the vote being a referendum on Trump's agenda."


The Making of an Upset - The Atlantic

"Of the people who voted for the Democrat Doug Jones, 97% said that they wanted to express opposition to Donald Trump." 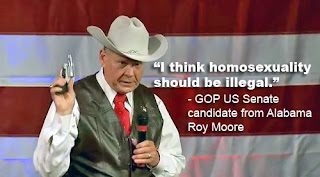 The vote was not mainly about Child Abuse.

"A Democrat with an upstanding record on civil rights won in deep-red Alabama."

"Jones was responsible for convicting members of the Ku Klux Klan who bombed a Birmingham, Alabama Baptist church and killed four young girls." 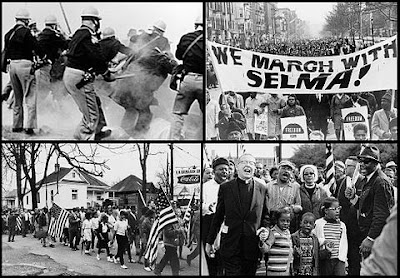 The 1965 Selma marches were organized by nonviolent activists to demonstrate the wish of Black citizens to exercise their constitutional right to vote, in defiance of segregationist repression.

"It's no coincidence that Selma, where blood was shed in the struggle for voting rights for Black people, pushed Doug Jones ahead for good," Bernice King, Martin Luther King Jr.'s daughter, tweeted.

In Alabama, the majority of poor Whites, both male and female, voted for Roy Moore.

However, "The Democrat Doug Jones fared much better than Obama among white voters, garnering 30 percent of their votes, twice the 15 percent who voted for Obama.

"Jones made particularly large gains among white women and those with college degrees."

Richard Spencer said: "Roy Moore campaigned for 'Judeo-Christian values,' not the interests of his people."

U.N. Official Shocked at Poverty in Rural Alabama .
Posted by Anon at 00:35