Above we see England's King Henry VIII with Charles Brandon, in a slightly fictionalised version of Henry's life.

Anne Boleyn said publicly that the king was "not able to satisfy a woman, having neither the skill nor the virility."

Like Donald Trump's close friend Roy Cohn, Henry VIII has been accused of being a homosexual homophobe. 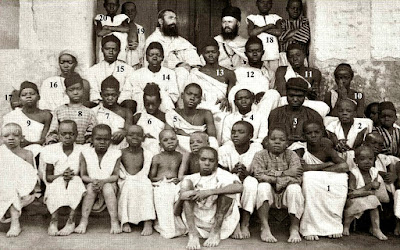 King Mwanga of Buganda (Uganda) (1868- 1903): liked both boys and girls. King Mwanga kept a 'harem' of nearly 100 of them of them. He hated the missionaries since they were attempting to covert his young men. The King went into a fit of rage when one of his favorite young men converted. His Majesty, in his rage, "burned at the stake over two dozen of his former lovers (above) who later would be known as the Martyrs of Buganda."

The Tudors did not have a word for 'homosexual'.

So, the Tudor homophobes were opposed to 'sodomy' rather than 'same sex relationships'.

When King Henry VIII met King Francis I of France, "they were both dressed in gold and silver cloth ...

"While still on horseback, they embraced and kissed each other...

"Francis gave Henry a beautiful bracelet, and then, laughing and joking like a schoolboy, he insisted on helping Henry to dress.

"He warmed his shirt, helped him to tie and button his clothes, and then, mounting on his horse, rode gayly home."

Henry VIII—The Field of the Cloth of Gold 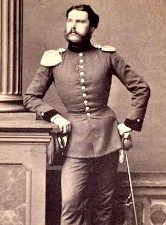 In 1533 Henry VIII had a law passed called the Buggery Act which prosecuted acts of sodomy.

This law was a tool to attack Catholic monks, so that their monastic lands could be seized.

When Mary Tudor succeeded the throne of England in 1553, she repealed all the laws against buggery (sodomy).

Elizabeth Tudor then brought back all the laws against buggery.

The top Nazis were gay and homophobic.

The Roehm Purge -  "not only did the majority of the SA homosexuals survive the purge, but the massacre was largely implemented by homosexuals.

Strasser stated that "the Chief Killers of Munich were Wagner, Esser, Maurice, Weber and Buch."

These men "were all known to be sex perverts or sexual maniacs of one type or another."

"The larger campaign of assassinations across Germany was orchestrated by Reinhard Heydrich, also a well-known homosexual. 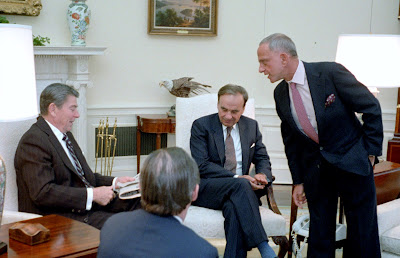 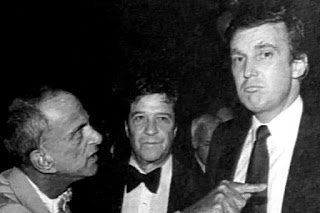 When Cohn learned that one victim had killed himself, Cohn celebrated with a bottle of champagne.