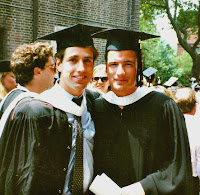 Neilia Hunter and Beau's sister, Naomi, were killed in a car accident in 1972, in which Beau and his brother Hunter were seriously injured.

Why Is Media Allowing Joe Biden to Lie About Drunk Driver / fatal crash.

Beau Biden prosecuted Earl Bradley - a pediatrician who perpetrated “one of the worst cases of child sexual abuse” by sexually assaulting dozens, if not hundreds, of his young patients.

Beau Biden prosecuted one of the worst pedophiles in American history


Beau Biden said that the Sandusky scandal at Penn State is part of a 'national problem' that’s particularly difficult to tackle in states - like Pennsylvania - that don’t have criminal repercussions for those who don’t report child sex abuse.
States should update their laws to make it a crime to not report suspected child sex abuse, he said.

Beau Biden was educated at the University of Pennsylvania, where he was a member of the Psi Upsilon fraternity.