The Ebola False Flag Operation is about oil

F. William Engdahl has written Obama’s 'War on Ebola' or War for Oil? Sending 3000 Troops to African 'Ebola' Areas that Happen to Export Oil to China

The US military "doesn't have anywhere near 3,000 troops with the slightest training in public health."

So, it's a false flag and it's all about oil.

Ebola is not new.

The World Health Organization's Dr Margaret Chan says there is a massive problem with Ebola in Guinea, Liberia and Sierra Leone.

"This is the same Dr Margaret Chan who was guilty in 2009 of trying to panic the world into taking unproven vaccines for 'Swine Flu'." A recent Washington Post article pointed out that 69% of all the Ebola cases in Liberia, registered by WHO, have not been confirmed through blood tests.

"The US FDA diagnostic test used for the lab confirmation of Ebola is so flawed that the FDA has prohibited anyone from claiming they are safe or effective.

"That means, a significant proportion of the remaining 31 % of the Ebola cases lab confirmed through blood tests could be false cases." 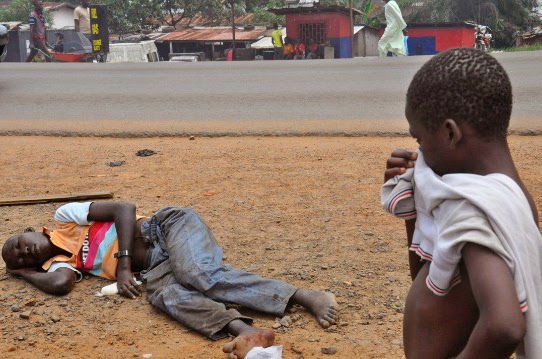 "In short, no one knows what 1,224 Liberians in recent weeks have died from.

"Note that the countries affected by the Ebola alarm are among the poorest and most war-torn regions in the world.

"Wars over blood diamonds and colonial genocidal tribal wars have left a devastated, mal-nourished population in its wake."

WHO’s official fact sheet on Ebola sates that "It can be difficult to distinguish Ebola from other infectious diseases such as malaria, typhoid fever and meningitis." War on Ebola or War for Oil?

The Ebola areas have vast amounts of untapped oil and gas.

"The offshore coast of Liberia and east African 'Ebola zones' conveniently map with the presence of vast untapped oil and gas resources."

Obama wants the USA, rather than China, to control that oil.

"Chinese oil companies are all over Africa and increasingly active in west Africa, especially Angola, Sudan and Guinea, the later in the epicenter of Obama’s new War on Ebola troop deployment."

Cuba has sent DOCTORS to the 'Ebola' areas of Africa; Obama has sent soldiers.

F. William Engdahl is strategic risk consultant and lecturer, he holds a degree in politics from Princeton University and is a best-selling author on oil and geopolitics, exclusively for the online magazine “New Eastern Outlook”
Posted by Anon at 12:38