Michael Egan, who says he was sexually abused by Bryan Singer and others in Hollywood.

"Nobody wanted to do anything because of the high-profile people involved."

Bryan Singer is a major financial contributor to the Democratic Party.

And, "spreading $5 million of his wealth around, the University of Southern California School of Cinematic Arts has established the Bryan Singer Division of Critical Studies."

Egan says that the Hollywood 'pedophile ring' told him that his and his family's phones were being monitered and they could be killed if they acted as whistleblowers.

The CIA and its friends are said to make use of pedophile rings.


The torture of American children


2. "Researchers say ... the Green Isle Boys Ranch was owned by the Don Brown Family who control numbers of Florida Department of Corrections vendors under various Bridges of American corporations... 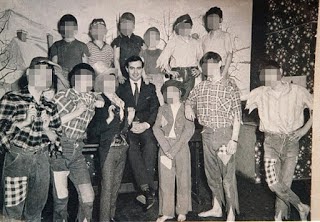 How many of the big name 'alternative news' sites will research and feature this sort of material?
Posted by Anon at 08:11