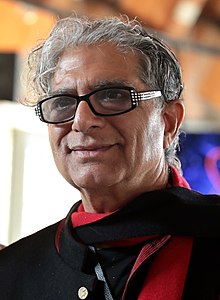 Chopra studied medicine in India before emigrating in 1970 to the United States.
He sees the human body as composed of energy and information.
Chopra speaks and writes regularly about consciousness and Vedanta philosophy - arguing for the primacy of consciousness over matter.[85]

It is consciousness, he writes, that creates reality; "we are thoughts that have learned to create a physical machine".[87] 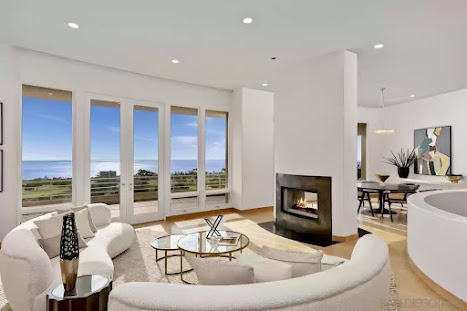 Millionaire Deepak Chopra's former home.
He argues that the evolution of species is the evolution of consciousness seeking to express itself as multiple observers; the universe experiences itself through our brains:
"We are the eyes of the universe looking at itself".[88]
In his book Quantum Healing, Chopra stated the conclusion that quantum entanglement links everything in the universe, and therefore it must create consciousness.[91]

Deepak Chopra at a book signing in 2006

Chopra argues that everything that happens in the mind and brain is physically represented elsewhere in the body, with mental states (thoughts, feelings, perceptions, and memories) directly influencing the human body.
He has stated, "Your mind, your body and your consciousness – which is your spirit – and your social interactions, your personal relationships, your environment, how you deal with the environment, and your biology are all inextricably woven into a single process … By influencing one, you influence everything."[94]

...
Chopra
Chopra believes that the mind has the ability to heal the body - a person's thoughts and feelings give rise to all cellular processes.[101]
In 2001, ABC News aired a show segment on the topic of distance healing and prayer.[109]
In it Chopra said that "there is a realm of reality that goes beyond the physical where in fact we can influence each other from a distance".[109]
Chopra was shown using his claimed mental powers in an attempt to relax a person in another room, whose vital signs were recorded in charts which were said to show a correspondence between Chopra's periods of concentration and the subject's periods of relaxation.[109] 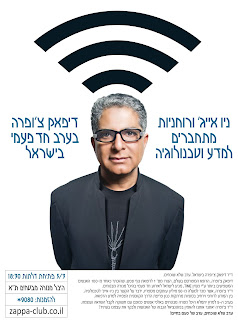 Chopra in Israel
Chopra states "The placebo effect is real medicine, because it triggers the body's healing system."[111]
Chopra sees the universeas having three layers:
1. the "material" world,
2. a "quantum" zone of matter and energy,
3. and a "virtual" zone outside of time and space, which is the domain of God, and from which God can direct the other layers. 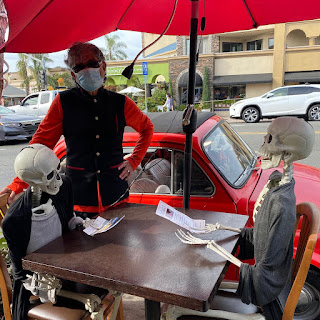 Deepak Chopra - Wear a mask or join the company. (DJ DonnellonI thought you understood how consciousness creates our reality and how our consciousness can have a powerful effect on the health of our bodies. States of fear make us more susceptible to dis-ease. That’s why there is all this fear-based programming. All not for the best interest of humanity. Whose side are you on, man?)
Chopra has written that human beings' brains are "hardwired to know God".
In 2013, Chopra published an article on what he saw as "skepticism" at work in Wikipedia, arguing that a "stubborn band of militant skeptics" were editing articles to prevent what he believes would be a fair representation of the views of such figures as Rupert Sheldrake, an author, lecturer, and researcher in parapsychology.
The result, Chopra argued, was that the encyclopedia's readers were denied the opportunity to read of attempts to "expand science beyond its conventional boundaries".[131]
...
Transcript: https://iamfearlesssoul.com/deepak-ch... "We know nothing. Everything we know is made up. It is a human construct. We don't question: What is the source of this experience"
Posted by Anon at 03:19