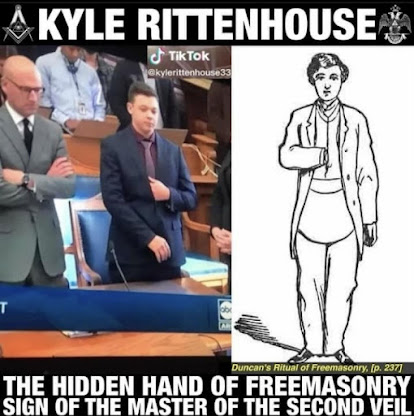 WaffleStaffel commented on "KYLE RITTENHOUSE"
'All 3 of Kyle Rittenhouse's "victims" were Jewish (Rosenbaum, Huber and Grosskreutz).
'Kyle is alleged to be a white supremacist.
'Why isn't the media calling him a Jew killer?
'The first head of the US mint was a Rittenhouse.
"The Rittenhouses are a prominent Jewish family with along history of wealth and influence.
Chicago lumber magnate Moses Rittenhouse and his nephew, same name, who made a mint in orchard sprayers.
"Kyle Rittenhouse is from Antioch, IL, same place as the grandsons of Moses Rittenhouse."
http://mileswmathis.com/trump3.pdf

'The Rittenhouses were a prominent Pennsylvania family who became very wealthy running the country’s first paper mill.
'Anyone familiar with the city of Philadelphia will have heard of Rittenhouse Square.
http://mileswmathis.com/king.pdf
'Why was this prominent prosecution tried by an assistant DA?
'Why is an assistant DA 44 years old?
'Why would a lawyer spend 1 years in private practice and then go to work at the DA's office?
http://mileswmathis.com/trump3.pdf
'Fake shootings, fake trial.
'No one could approach police in the US with their arm resting on the rifle slung around their shoulder like Kyle did without being turned into hamburger.'
...
Masters of the Second Veil. 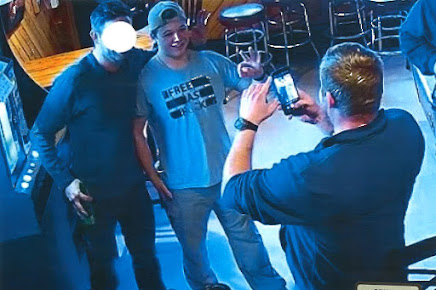 https://nypost.com/2021/01/14/kyle-rittenhouse-flashes-white-power-sign-with-proud-boys/
...
Anger, disappointment, joy: US reacts to Rittenhouse acquittal
Protests against Rittenhouse verdict spring up in several US cities
...

'Kyle Rittenhouse was accused of killing two men and attempting to kill a third.
'He pled not guilty by reason of self-defense.

Rittenhouse’s alleged crimes were committed during intense protests over the police shooting of Jacob Blake in Kenosha, Wisconsin last year.
'Blake, a Black man, was shot seven times in the back. He survived, but was paralyzed.

'Images and accounts of the ensuing protests show Rittenhouse, then 17, carrying a high-powered rifle and being friendly with police prior to the shootings.
'Right-wing media and figures have portrayed him as an innocent child protecting the community from looters and vandals. They’ve heralded him as a hero.'

Prosecutors in Kenosha shooter trial WITHHELD evidence from the defense
Posted by Anon at 22:58