The film tells the story of a 10-year-old shepherd, Lúcia dos Santos, and her two young cousins, Francisco and Jacinta Marto, who reported having received apparitions of the Virgin Mary in Fátima, Portugal, circa 1917.

The film, based on the 1917 Our Lady of Fátima events, features the original song “Gratia Plena” (“Full of Grace”), performed by Andrea Bocelli and composed by Italian composer Paolo Buonvino.[3]

What is the Third Secret of Fátima?

Francisco Marto and Jacinta Marto in 1917

In 1916, the three of them witnessed three apparitions 'of the Angel of Peace'.

In 1917 they witnessed several apparitions 'of the Virgin Mary'.

In 2017, the two Marto children were canonized by Pope Francis.

In the United States, approximately 25%–39% of patients with schizophrenia and 15%–22% of those with mania / bipolar have religious delusions."

Francisco and Jacinta were illiterate.

Lúcia wrote in her memoirs that she and her cousins saw the first apparition of Mary on 13 May 1917.

At the time of the apparition, Francisco was 8 years old, and Jacinta was 7.

During the first apparition, the children said 'Mary' asked them to return to the site of the apparition on the thirteenth of each month for the next six months.

Francisco and Jacinto are said to have been victims of the 1918 'influenza' epidemic.

In October 1918, Jacinta told Lucia that Mary had appeared to her and promised to take them to heaven soon.

Both survived for many months, walking to church  and prostrating themselves to pray for hours, kneeling with their heads on the ground as they said the angel had instructed them to do. 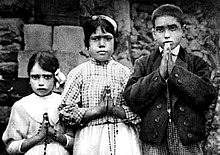 Francisco declined hospital treatment on 3 April 1919, and died at home the next day.

Jacinta developed purulent pleurisy and endured an operation in which two of her ribs were removed.

Because of the condition of her heart, she could not be fully anesthetized, and suffered 'terrible' pain, which she said would help to convert many sinners.

Canonization of Jacinta and Francisco Marto by Pope Francis, at the Sanctuary of Fátima on 13 May 2017

At the time of the Fatima apparitions there was a struggle going on between the 'communists' and the Catholics.

"The years from 1910 to 1913 were years of terror: priests and bishops were imprisoned or exiled; religious orders were suppressed; almost all the seminaries were closed and confiscated; missions languished or were abandoned.

"Freemasonry was in control.

"From 1910 to 1926 Portugal experienced sixteen revolutions with forty changes of government officials.

"On May 13, 1917, a shining Lady appeared to three little shepherds near Fatima, a Portuguese village. They were Jacinto, seven years old; Francisco, his brother, nine years old; their cousin, Lucia, ten years old.

"The brilliant Lady encouraged them to pray the rosary, which is a summary of the Gospel, and offer acts of penance.

"Then she asked them to return on the thirteenth of the next five months.

"The children were faithful in coming, except for August 13, for the mayor, a Mason, had them imprisoned at that time. He had threatened to cast them into a caldron of boiling oil if they did not reveal the secret confided to them by the Lady."

Our Lady of Fatima in Historical Context : University of Dayton ... 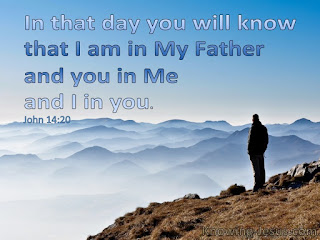