Members of the club.

According to Myles Hoenig, an American political analyst, a large number of Americans know that they're being robbed of their futures 'by an established class of politicians, and bankers.'

Americans being robbed of their futures by bankers

Fox News Channel's Tucker Carlson says that the Republicans who think that a second term for Trump is assured are making a mistake. 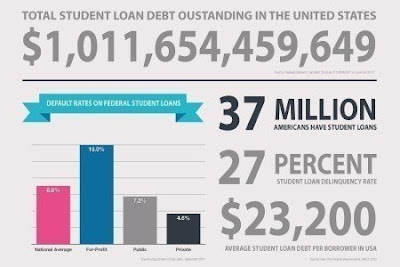 Hoenig says: 'Carlson's big focus is on debt, and in particular, student debt...

'Student debt has crippled a generation and only Sanders seems to appreciate that...

'Unemployment is low, but so are wages, and many have more than one job just to keep from sinking deeper into the abyss of capitalism.

'The stock market is strong, but that only shows how well the rich are doing, as the majority of Americans do not own stock...'
Posted by Anon at 23:05