NHS IS BEING SOLD 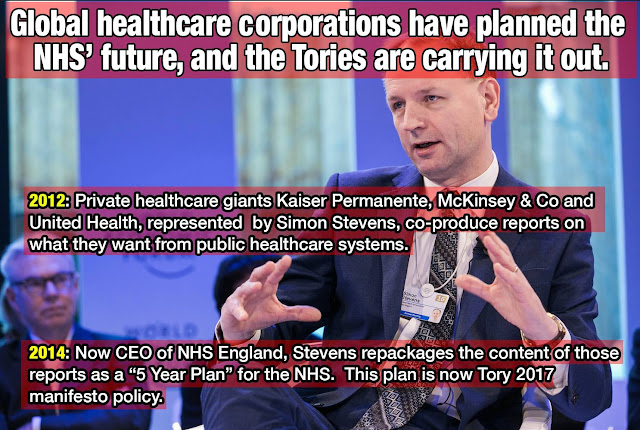 Robinson pulled quotes from the 2011 pamphlet After the Coalition, in which Raab and other now-senior Tories laid out their plans for selling the NHS.

The pamphlet pushed privatising the NHS. 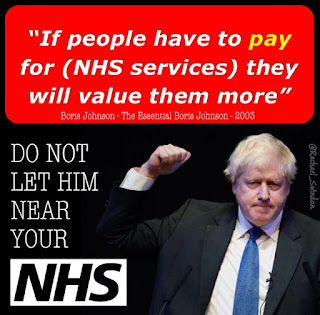 The year after the pamphlet, the same group of Conservatives published Britannia Unchained.

The authors advocated for privatising the NHS, along with basically everything else.

It would shrink the state, with almost everything in the hands of big business.

Senior Tory loses it on air when confronted with his own plans ...

"Nicole Junkermann, who has been linked to Mossad and Jeffrey Epstein, has infiltrated the NHS through the UK Department of Health and Social Care with the help of the Conservative government's Health Secretary, Matt Hancock MP.

"Junkermann's presence signifies a major threat to the data security of every citizen of the United Kingdom."

The Epstein Associate Nobody's Talking About: The IDF ... 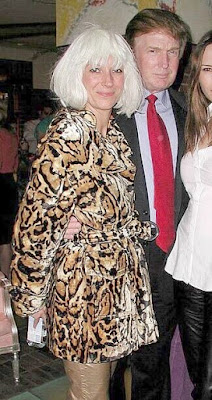 Ari Ben-Menashe claims he is a former Israeli spy.

Ben-Menashe claims that he was the “handler” of Ghislaine's dad Robert Maxwell, who was also a spy, and that it was the former newspaper baron who introduced Epstein and his daughter to the Israeli intelligence agency.

He makes the unverified claims in a new book called "Epstein: Dead Men Tell No Tales". 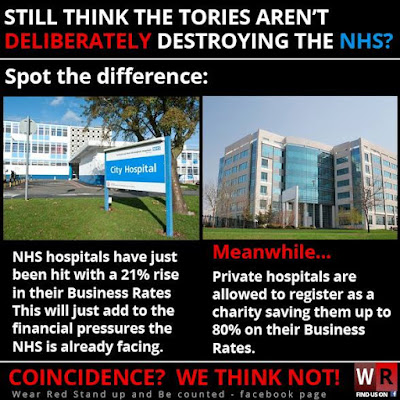 Still think there is no way the US will get their hands on our NHS? You might be surprised to know that swathes of the NHS's mental health facilities have already been sold to American firms

Swathes of the NHS's psychiatric facilities have already been ...

"Swathes of the NHS's mental health facilities have already been sold to American firms.


being flogged off to slavering private firms.

"Giant US health corporations, along with hedge funds and private equity firms, are already here and bleeding dry this profitable corner of the NHS – with often disastrous consequences for some of our most desperate patients.

"In recent years a small cluster of fatcats have got their claws into Britain’s psychiatric services, exploiting the struggles of the health service to cope with surging demand.

"These operators have grabbed nearly £2bn of business, providing almost one quarter of NHS mental health beds and soaking up close to half the total spend on child and adolescent mental health services.

"Acadia, a Tennessee-based health giant, spent £1.3bn buying the Priory Group and now boasts of earning than £188m in just three months from British public services. “Demand for independent sector beds has grown significantly as a result of the NHS reducing its bed capacity and increasing hospitalisation rates,” said its last annual report.

"Operating profits at Cygnet, owned by another huge US firm, have surged to £45.2m due to deals with 228 NHS purchasing bodies after it bought a rival group last year.

"Another outfit called Elysium, backed by private equity through a Luxembourg firm, only launched three years ago, but is already earning revenues of £61.2m from at least 55 units.

"A study by the Rightful Lives campaign group has found these three firms alone own 13 of the 16 mental health settings judged “inadequate” by the Care Quality Commission watchdog, since it found some teeth after the furore over abusive detention of people with autism and learning disabilities exploded a year ago.

"Cygnet runs eight of these “inadequate” units, although its US boss is reportedly the richest chief executive in the hospital industry, who collected more than £39m in one year from pay, bonuses and stock. Priory and Cygnet also owned hospitals exposed by disturbing undercover television documentaries over the past year. 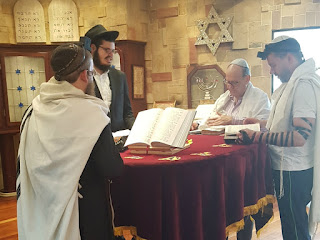 "Former Bolivian President Evo Morales has said that the Bolivian nation will continue its fight against an American and Israeli backed "coup" in the country and ultimately prevail.
The coup government, "assisted by Israel and the US, will prepare itself [to stifle resistance], but when a nation rises, no system can stop it, like the Bolivian nation which has risen in quest for truth, unity and freedom," Morales said during an exclusive interview with Iran's Spanish-language television channel HispanTV on Thursday."

"The former president was known internationally for his strong anti-imperialist and pro-Palestine positions during his tenure.

Morales cut relations with Tel Aviv in 2009 shortly after Israel carried out a deadly three-week incursion into Gaza, which led to the death of over 1,200 Palestinians.

On Thursday, however, Bolivian Foreign Minister Karen Longaric said that the country plans to renew ties with Israel."
Posted by Anon at 01:14