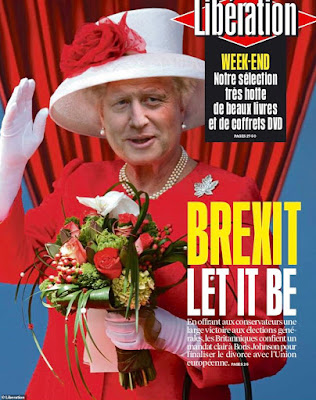 Still the most gay in the world after ... 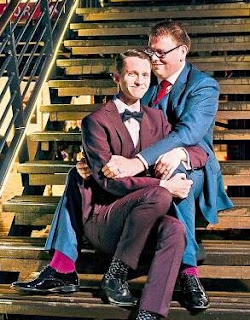 Mark Fletcher (right) and Will Knock

Conservative Mark Fletcher, who won Bolsover, is former Director of Comms for Synergix.

Synergix is a Private Health Care firm that serves the NHS.

Which means: ex-miner, Dennis Skinner, lost his seat to a man who's previously worked to privatise the NHS. 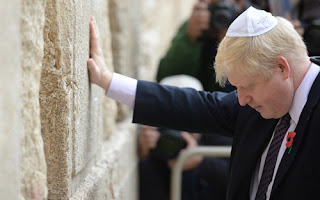 Who are Boris Johnson's new Conservative Members of Parliament - the ones who took over Labour Party strongholds? 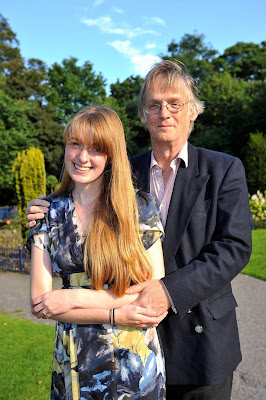 Dehenna Davison spent a year as an aide to Jacob Rees-Mogg. 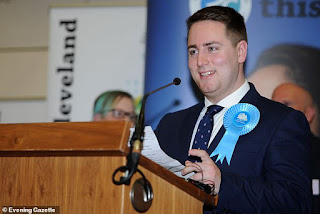 Jacob Young is a chemical engineer.


"Jacob Young has been a member of a 'racist' anti-Muslim Facebook group whose members have said they want to ‘ban Islam’."

3. Sara Britcliffe gained the constituency of Hyndburn from from Labour

Her father, Peter Britcliffe, who served as mayor of Hyndburn, was accused of sexually assaulting three teenage boys, between January and July 2017. 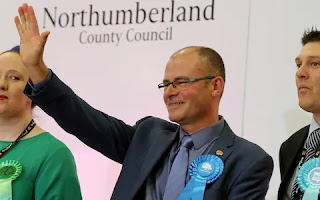 Ian Levy has been accused of misleading voters during his election campaign by claiming to be a nurse.

Ian Levy, who took the traditionally Labour constituency in a shock election win, claimed he worked as an NHS "mental health nurse" in a series of social media posts.

But an investigation by Nursing Times found that Levy is not a nurse.

New Tory MP accused of misleading voters by 'claiming to be 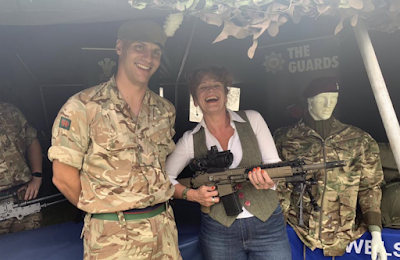 Spooky Sarah Atherton was formerly in the miltary, in the Intelligence Corps.

Wrexham is linked to child abuse rings and top people. 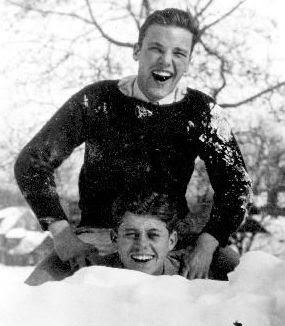 Politicians have usually hidden their gay or bisexual interests.

The whistleblower, Anthony Gilberthorpe, says he provided child prostitutes for a sex and drugs party with top politicians.

Conservative Member of Parliament Harvey Proctor was arrested after a young lad was found near naked and screaming from pain outside proctor's Fulham flat.

There is a belief that the 'Deep State' likes to put 'flawed characters' into power.

Bobby Kennedy had an affair with ballet dancer Rudolf Nureyev. This is according to The Pink Triangle, a new book by Hollywood biographer Darwin Porter.

Bloch reminds us that Winston Churchill was accused of having 'participated in acts of gross immorality of the Oscar Wilde type' with fellow cadets at Sandhurst.

Churchill's Jewish mother, Jeanette Jerome. There is some doubt about who was Churchill's real father.

Churchill seems to have had amorous feelings towards his son, Randolph.

Boothby had a taste for boys supplied by the criminal Kray Twins.

"Thorpe married twice, and fathered a son; but he led a hair-raising promiscuous gay life behind the scenes."

The Speaker of the House of Commons, George Thomas, discouraged parliamentary questions designed to attack Thorpe. dailymail. George Thomas was a methodist lay preacher. "He would visit cinemas in London looking for boys to have sex with. He would pay young men to give him blow-jobs in train toilets between Cardiff and London."

Thorpe resigned as Liberal leader when a former male model, Norman Scott, revealed that he had had an affair with Thorpe.

Thorpe was put on trial for having allegedly conspired to have Scott murdered.

Rosebery and Beauchamp were cousins and both were gay/bisexual.

Beauchamp married the sister of the 2nd Duke of Westminster and produced 7 children.

Both seem to have been infatuated by their handsome younger sons.

Rosebery had a fondness for Francis, Viscount Drumlanrig, heir to the 9th Marquess of Queensberry. 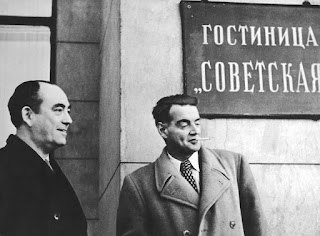 Member of Parliament Tom Driberg liked sex with men in lavatories (including the lavatories of the House of Commons).

Wartime minister Harold Nicolson was a homosexual married to a lesbian.

Nicolson had two sons by his wife, the writer Vita Sackville-West.

Conservative Member of Parliament Viscount Hinchingbrooke was a homosexual married to a lesbian.

Hinchingbrooke's wife Rosemary gave him seven children before leaving him to live with a female. 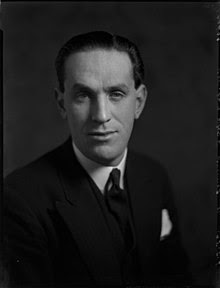 Lennox-Boyd was a government minister.

Member of Parliament Sir Paul Latham tried to seduce his batman and others.

While at Oxford University, Roy Jenkins had been in love with Tony Crosland.

While at Oxford, Richard Crossman had had an affair with the poet WH Auden.

1. The chancellor of the exchequer, Derick Heathcoat-Amory, who engaged in fun with boys at Margate,

2. The foreign secretary, Selwyn Lloyd, who was in love with his godson and personal assistant Jonathan Aitken.

3. The colonial secretary, Alan Lennox-Boyd, who though married with three sons had a longstanding relationship with a major in the Coldstream Guards.

4. The health secretary, Enoch Powell, who, while a teacher, had had an infatuation with his male students. 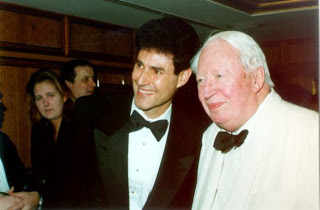 5. The minister of labour, Edward Heath, who mixed with boys.

Heath had flirtatious friendships with some younger gay Tory MPs such as Alan Duncan and Matthew Parris.

"Rumours circulated that Edward Heath liked dressing up as a woman.

"And that he was having an affair with his good-looking police detective...

Edward Heath's chief mentor and friend was Madron Seligman who was descended from a family of German Jewish bankers.

The Seligmans are friends of the Rothschilds. 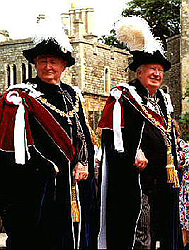 6. The Foreign Office minister Ian Harvey, who was caught with a guardsman in St James’s Park.

7. The Home Office minister Charles Fletcher-Cooke, who was found to be living with a former borstal boy.

8. The science minister Denzil Freeth, who 'attended a party of a homosexual character and there engaged in homosexual conduct'.

9. Prime Minister Harold Macmillan who, while at Eton, 'had relationships with boys.' 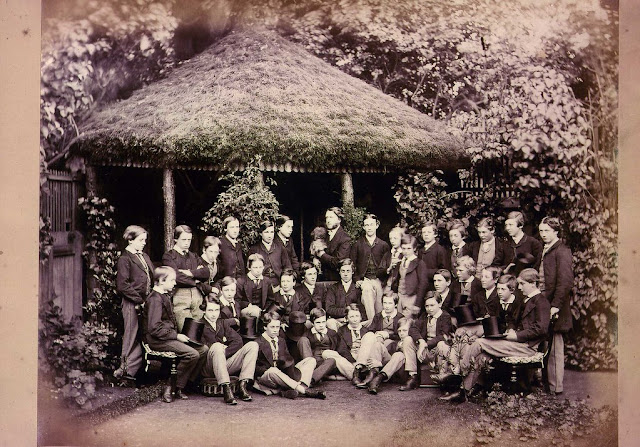 Eton - Arthur Balfour 'next to the teacher'.

Arthur Balfour, Conservative prime minister from 1902 to 1905, was a narcissistic dandy, who enjoyed sado-masochistic relationships.

As Foreign Secretary, he issued the Balfour Declaration in November 1917.

The Balfour Declaration stated that the British government supported Zionist plans for a Jewish "national home" in Palestine.

Lloyd George 'was beholden to Rufus Isaacs, by whom he was implicated in insider trading in Marconi shares.'

Hugh Dalton (above) was one of several top Zionist who became powerful within the UK government.

At Cambridge, Hugh Dalton,  a senior cabinet minister throughout the 1940s, was in love with Rupert Brooke.

George Thomas, speaker of the House of Commons, was helped out of blackmail situations by fellow gay Member of Parliament MP Leo Abse.

Margaret Thatcher with Skye McAlpine, daughter of Lord McAlpine, who was the Conservative Party Treasurer while MargaretThatcher was prime Minister. 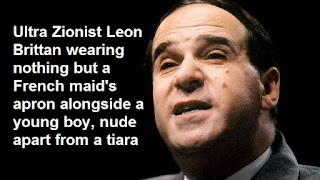 Thatcher's cabinet minister responsible for the police and security services was the Jew of Lithuanian origin, Leon Brittan. 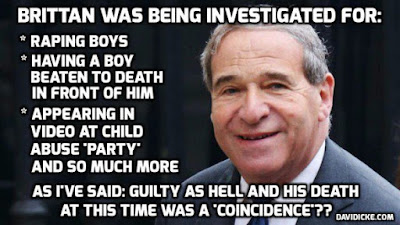 LEON BRITTAN has been accused of RAPE AND MURDER. "Rumours circulated in 1994 that Portillo and another government Secretary of State, Peter Lilley, had got sexually involved with gay footballer, Justin Fashanu.

"Fashanu reportedly threatening to “bring down the government” by leaking evidence of these affairs to the Daily Express.

"When MI5 allegedly threatened Fashanu, Tory MP Stephen Milligan, a part-time journalist, is said to have weighed in on the footballer's behalf.

"Within days, however, Milligan was found hanged in his London flat, naked, with an orange in his mouth in an apparent suicide, made to look like he was a sexual deviant. Several years later Fashanu was also tragically found hanged, this time in a garage in Shoreditch, London." 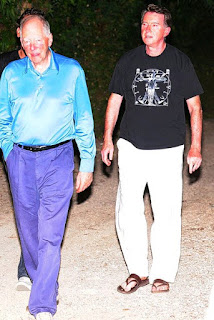 Mandelson's male lover was revealed as being the Brazilian Reinaldo da Silva, who was some years younger than Mandelson.

In the Bermondsey byelection of 1983, the openly gay Peter Tatchell lost the supposedly safe Labour seat to the apparently non-gay Liberal Simon Hughes (who later admitted to having gay relationships).

According to T Stokes: (Tony Blair as Miranda) "In 1983 at Bow St Magistrates Court a certain Charles Lynton was fined £50 for attempted soliciting in city toilets." 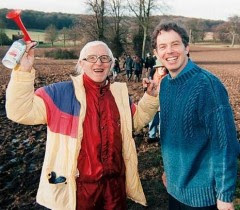 The Rupert Murdoch newspapers helped Tony Blair when it launched a 'morality crusade' against the John Major government leading to the resignation of several gay Conservative MPs from government positions.

In 1998 Ron Davies, Tony Blair's secretary of state for Wales, resigned after an apparently gay event on Clapham Common, which led to his being robbed at knifepoint.

Uri Geller and Lord Greville Janner, former President of the Board of British Jews, former vice president of the World Jewish Congress, and former member of the Boy Scouts Association.

The UK politician GREVILLE JANNER, has been linked to MICHAEL JACKSON and JIMMY SAVILE.

The Conservative-Liberal Democrat coalition, that took office in 2010, saw the cabinet minister David Laws resign after it was revealed that he had claimed parliamentary expenses for London accommodation belonging to his gay 'long-term partner and secret lover'.