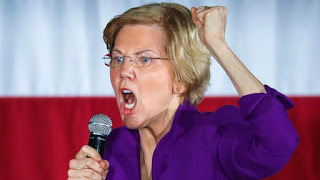 Perhaps it is time to look more closely at the likely 2020 US winner, Elizabeth Warren, and her Jewish campaign fund-raising chief, Paul Egerman.

Paul Egerman is "an infamous" and sought-after Jewish money-bundler who is well-connected and active in a number of Zionist causes.

Warren (as well as other candidates) is able to mask the total influence of ruling class money by using the 'bundling' method so that her campaign looks organic and non-JMO (Jewish Money Operation).

While Warren may look like she’s playing hard-to-get with the boys at Goldman Sachs, they’re ready to start writing checks ... They're comfortable with backing Warren if she's the nominee.

She has never turned away money from corporate lawyers and finance-capitalists when running for Senate. In fact, she used $10.4 million of this 'dirty money' to give her presidential bid a head start.

Today, there is said to be a "newfound alliance of Judaeo-leftists with neo-cons..." 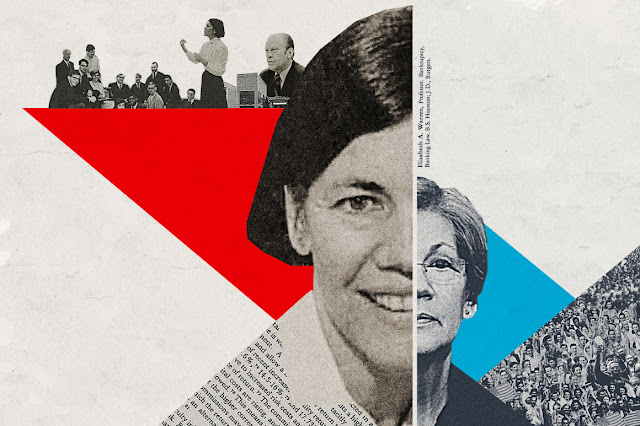 Warren was once a conservative.

Elizabeth Warren is said to be "even worse than Trump on foreign policy ... Her Senate record on foreign interventions is abysmal."

When It Comes to U.S. Militarism, Elizabeth Warren Is No Progressive...

Warren's personal fortune per a recent filing is US $12 million ...

Warren was born in Oklahoma, her father dying when she was a child, sending the family into poverty; Warren worked as a waitress at age 13.

Oklahomans often have some mix of Native American heritage, and there is some ridicule about Warren over-claiming this ... but she may have been told that as a child.

Warren seems to be rather like Obama, or a Hillary Clinton with much less negative baggage ... talking progressive, but very accommodating to the war machine and corporate establishment when she actually votes in the US Senate, or gets campaign money

Taiwanese-heritage Andrew Yang, has rocketed into 4th place behind Warren-Biden-Sanders, at 8% in some polls, with Yang's promise to give all US adults $1000 every month, and to address how automation will be destroying millions of jobs