Mmmh. I wonder if the convicted child abuser James Glendinning born in 1930 and formerly of the Royal Regiment of Artillery knew the newly commissioned 2nd Lieutenant Raymond Beech 443394 who was appointed on the 29.7.1955 into the same Royal Regiment Artillery.

Raymond Beech is the stepfather of Carl Beech, 'whistleblower on child sexual abuse'.

Oh, and ain't that a coincidence: Here's another old Royal Artillery comrade, a certain Edward Heath who was given the substantive rank of Lieutenant-Colonel on 1.5.1947 in the same Royal Regiment of Artillery.

And here's Victor Whitsey, another man of the cloth to come out of the Royal Artillery, a division that spawned an inordinate number of child abusers:

Neale was chaplain at Ardingly prior to Bishop Ball, friend of BigEars.

"The extent of Peter Righton’s abuses would involve rapes, beatings, young boys being passed between pedophiles 'like pieces of meat,'" according to whistleblower Peter McKelvie, a former child protection officer.

It shouldn't be forgotten that Bee Carthew's hubby was a member of Royal Artillery together with Heath, Righton, Straubenzee and Bishop Whitsey.

UK government files show that, in 1986, the then MI5 director general Sir Antony Duff wrote to the then Cabinet Secretary Sir Robert Armstrong about serious child abuse by top people.

Greville Janner was a war crimes investigator with the Royal Artillery "in Germany immediately after the war". 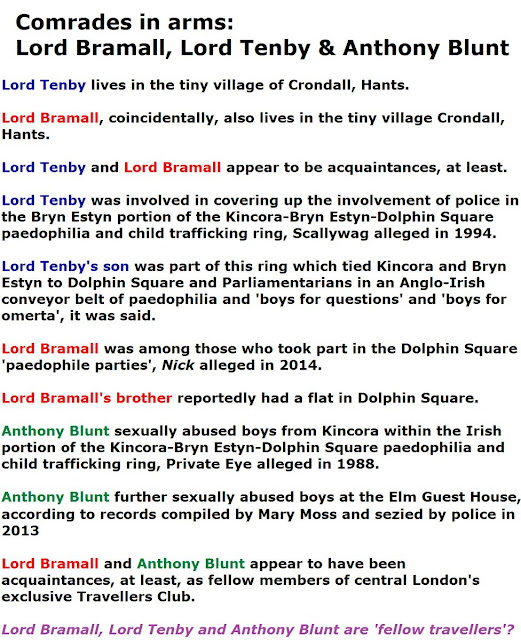