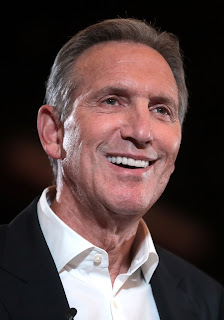 With shoulders often hunched, Trump looks defeated ... but the powers may be moving to have this good ally of Israel re-elected

Jewish Starbucks billionaire Howard Schultz is becoming an 'independent' candidate, who would be expected to take away mostly Democratic votes and let Trump win

It is forgotten now but George H W Bush, US President 1989-93, despite other evils, got sick of Israel and tried to dis-allow settlements taking Palestine ... 3rd party billionaire Ross Perot began to run, destroying Bush's re-election chances ... but then the anti-immigration etc Perot looked like he might win, so he was sabotaged ... enter the Clintons 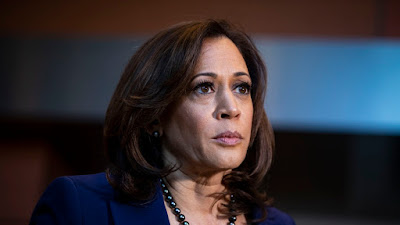 The Hillary replacement contest for USA President 2020, is defined by two women, both curiously with partly-Hindu backgrounds

Kamala talks 'progressive' but is fully in line with the war machine, big companies etc, tho of course is pro-minority, pro-LGBT, pro-immigrant, anti-Trump. As a prosecutor, Kamala was known for being cruel to accused black people. She is criticised by some blacks now for not being 'truly' black. Big money backing her, 'checks the right boxes' as female, black etc ... but not so inspiring. 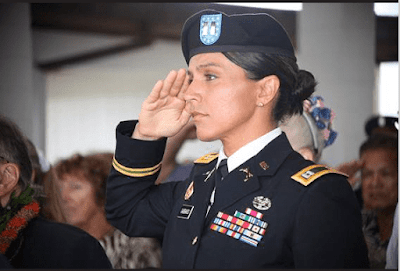 People love, but the establishment hates, Hawaii Congresswoman Tulsi Gabbard, part Samoan, openly Hindu, and quite anti-war and anti-intervention, tho a reserve soldier who served in the Mid East, Tulsi one of the 5 or so people in the 435-person USA Congress who speaks a lot of truth.

Attractive, crowd-pleasing, Tulsi is popular not only with the Democrat side - many Trump voters and right-wing people like her and plan to vote for her too, for her strong anti-war views, which the Trump voters see Trump as now abandoning.

Tulsi's family's religiosity, is tied to the Hare Krishna movement, and a spin-off by Bhaktivedanta's former protégé Chris Butler in Hawaii, sometimes criticised for having 'cult' abuses.

Israeli lobby people are tweeting how Tulsi needs to be totally destroyed so only pro-war, pro-Israel candidates remain. With nice articles about her in Russian media she of course is called a 'Kremlin agent'. Even the far-right likes this part-Samoan, as a beautiful woman opposing the 'Jewish wars'

It is interesting that the new 'right wing' has little problem with 'social' economic policies like 'medicare for all', i.e., national health care, which Trump himself has said makes sense. Right wingers have urged Trump to offer US people an ultimate 'deal' - the Wall, and health care for everyone in the USA, together, without those 1000-a-month USA insurance premiums.

Tho the Democrats are talking again about 'medicare for all' - like Jimmy Carter in 1976 and 1980! - Congress Speaker Pelosi just privately assured health care oligarchs that it'll be like Trump's wall, it won't happen, it's just talk for the stupid voters, it's 'too complicated' to give everyone health care.
Posted by Anon at 00:02