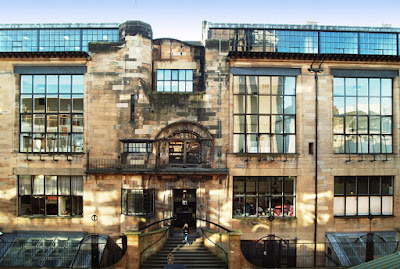 On 15 June 2018, the world famous Glasgow School of Art, designed by Charles Rennie Mackintosh, was hit by fire. 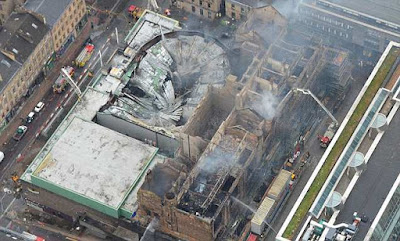 The school may have to be demolished.

This was the second fire at the school in four years.

In March 2018, a major blaze swept through a block on Sauchiehall Street, less than half a mile from the Art School.

It housed businesses including Victoria's nightclub.

In 2004 two Glasgow nightclubs Trash and The Shack were destroyed in a fire, less than 200 yards from the Art School.


Glasgow suffers from many ARSON attacks.

Above we see Tam McGraw, the Glasgow gangster allegedly once protected by the police. 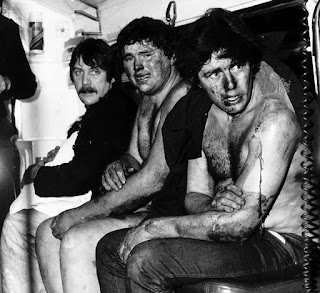 Above - members of the Doyle family sit in an ambulance with a fireman (left) in the wake of the arson attack that claimed the lives of six people. 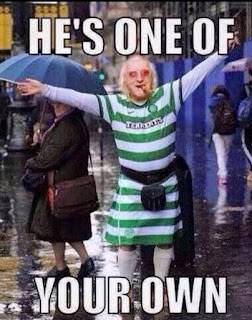 Some of Glasgow's 'security firms', which are supposed to guard buildings, are linked to gangsters.

Some firms have used intimidation to win contracts.

Gangs use security firms as fronts for money-laundering and drug-dealing.