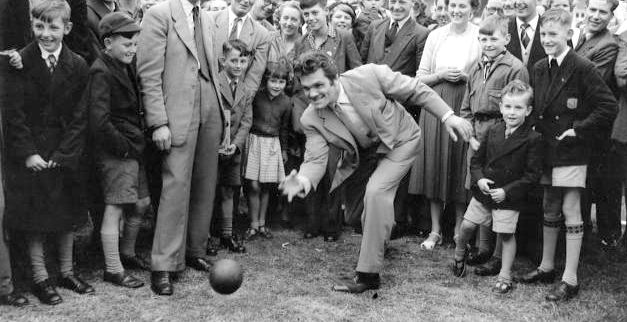 Between 1959 and 1965, the naked bodies of at least eight young female prostitutes were found around the River Thames in London.

The murders were called the Jack the Stripper murders. 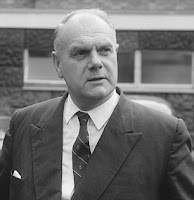 
Freddie Mills, light-heavyweight champion of the world, "confessed to a fellow freemason, Chief Superintendent John du Rose, that he was 'Jack the Stripper'".

dailymail / The Secret Life of Freddie Mills by Michael Litchfield

In July 1965, Freddie Mills,  was found shot dead in the back of his car in Soho in London.

Freddy Mills was a Freemason and a close friend of the gangster Ronnie Kray, who supplied young boys to the elite.

The Kray Twins are said to be linked to the death of Freddy Mills.

Two of the Jack the Stripper victims, Hannah Tailford and Frances Brown, were said to be involved in the Profumo Affair of 1963.

The gay spy Anthony Blunt carried out the 'clean-up' operation after Ward’s arrest.

Hanah Tailford. Hannah Tailford, was found by the River Thames at Hammersmith in February 1964.

Hannah Tailford was a visitor to parties at London's Dolphin Square, where the security services apparently supplied girls and boys to the elite.

The Profumo-Ward Affair is linked to the murder of President John F Kennedy. 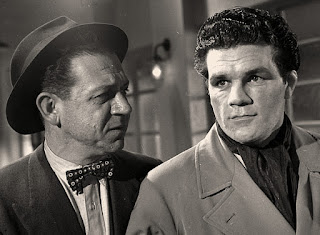 Freddie Mills (right), light-heavyweight champion of the world in 1948, with actor Sid James.

"Mills had been unable to cope following the 'suicide' of his close friend Michael Holliday, a popular cabaret singer.

"Mills was rumoured to have had an affair with Holliday, who was also connected to Ronnie Kray." 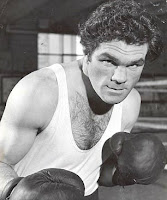 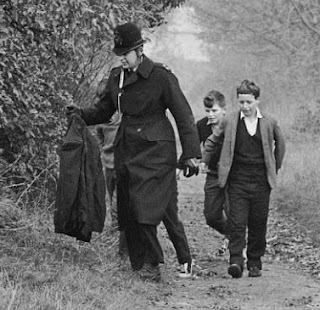 A policeman and a group of boys near the spot on the Thames towpath where the body of murder victim Gwynneth Rees was discovered, November 1963.

According to Ronnie Kray's wife Kate: 'Ronnie and Freddie were very good friends. So much so that a lot of people believed they were lovers.'

Stephen Ward was reported to have 'committed suicide'. 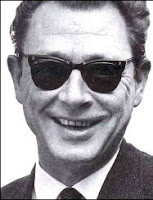 Stephen Ward society osteopath and healer was said to have been part of the CIA monarch MK ultra mind control programme.

"Stephen Ward was known to have treated the royal family and particularly Winston Churchill for his crippling alcoholic and depressive fits, and got him painting for relaxation.

"It was rumoured by Sir Anthony Blunt that Ward was killed for what he knew of this.

"In 1962 a high ranking (Soviet) defector named Yuri Krotkov... defected to the west with reams of info...

"All the above people were mentioned along with several people in government, the trade unions, show business and one in the church all assisting ... plans to destroy the British identity.

"Most interesting was that this info was ending up in Israel in the original format..."

Boy by Lucian Freud.
On 20 July 2011, Artist Lucian Freud, died of a 'mystery' illness, aged 88.
Lucian Freud was the brother of Clement Freud and uncle of Matthew Freud and Emma Freud.

Lucian Freud ran up half a million pounds in gambling debts with the gangster Kray twins, who reportedly ran a child abuse ring for top people.

(How Lucian Freud once owed £500,000 in gambling debts to gangland Kray twins)

Lucian Freud liked to paint a certain type of boy.

Freud "had a well-documented relationship with the Kray twins Reggie and Ronnie."

Judy Garland and the UK's Kray Twins (Another Nickel In The Machine - 2). Judy Garland was said to be a victim of brain washing by the spooks.
The spooks and the police protect child abuse rings?
Sir Joseph Simpson (1909 – 1968) was the head of the London Metropolitan Police, from 1958 to 1968.
Simpson apparently turned a blind eye to the crimes of the major London gangsters known as the Kray Twins.

(http://www.personenencyclopedie.info...bertjohngraham)
"Even when they turned to murder, there was no attempt to catch them." (Cached)
Some very powerful and spooky people were at work.

George Raft and the Kray Twins  (http://www.nickelinthemachine.com/tag/gay/page/2/
Among the characters in this saga were:
Lord Boothby, who was very close to Winston Churchill, and who liked masochistic sex with rent boys.
Boothby's close pal Tom Driberg MP, who was a rent-boy loving spook with links to Russia and hence Israel.
(Notorious : The Immortal Legend Of The Kray Twins, by John Pearson /Sex, lies, Downing Street and the cover-up that left the Krays ...)

According to this source - Archives - the Krays had links to a paedophile ring.

"The paedophile ring in question had links to the Kray twins."
More information is found here - Archives

(the twins had huge property interests in EastAnglia).

"Some of the boys were obtained via a close friend of Britten's in London, who named him as one of the beneficiaries of the 'service': other'customers' included Lord Boothby (who frequently shared boys with Ronnie Kray himself) and the record producer Joe Meek.

The UK's spooky Tavistock Institute 'researches mind control'(Cached) and the Tavistock strategy 'includes the use of drugs'.(Cached)

"The police, led by top-cops Joe Simpson and Shirley Becke, used tosupply Profs Emanuel Miller and Richard Asher with the drugs they wanted to study, and used me as a guinea-pig!

"There would be several off-duty coppers present to see the result and work out how to deal with an acid-head."

Anon comments on the link between brainwashing and the following lyrics: 'let me take you DOWN (Negative trigger) cos you're going to, (instruction) strawberry fields (fantasy) NOTHING IS REAL. (disasociation)

The Krays liked boys and so did a lot of the top people.

Among the characters in this saga were:

The 'Jewish Establishment' apparently wanted to protect Driberg, among others.

The spooks see to it they have people in all places, areas, influences, races, creeds...

They bred 'spares' for this, especially amongst the poor...

When radio and film and tv came along, the spares who showed a talent (and not a few who didn't, but had the right 'look') were sponsored to succeed.

I saw this with my own eyes in 50's-60's showbiz. It was more rife in American circles, probably because the big money there...

I know of one Brit pop-star who was a spare, knew him as a kid back home...

The other was more reticent but didn't say 'no'...

He was murdered later on...

Ask yourself this, if there was a major crisis, a REAL one, who would you rather listen to, a politician or a pop-star...

That's when the spare earns his money....

Tom Driberg was the "Labour MP with a penchant for cottaging, rent boys and spying (on his own party for MI5), who managed to escape exposure on all counts.

"The policemen used to escort him from the loos of the Albert Embankment if there was an important vote going on in Parliament." (The Pink Paper, 7th. November, 1997, issue 506, page 15.)

Driberg has links to Aleister Crowley.

In Tom Driberg, His Life and Indiscretions, Francis Wheen asks a question about Driberg:

Wheen refers to a lunch with Crowley at the Eiffel Tower restaurant; this was when Driberg became Crowley's heir.

The largely Jewish-run KGB infiltrated the British secret service, but it was often difficult to tell who were the double agents.

Maxwell Knight recruited Driberg as an agent for MI5.

In 1941 the communist Anthony Blunt arranged for Driberg to be expelled from the Communist Party.

In 1940 Lord Ted Rothschild (above) suggested that communist Anthony Blunt should be invited to join the UK secret service.

He also rented a house to his communist friend Guy Burgess. Rothschild worked with communist Kim Philby at the MI6 offices established at the Rothschild family mansion in Paris.

In the book 'The Fifth Man', Roland Perry puts the case that Ted Rothschild was a major spy for Russia and Israel.

Whose side was Driberg on?

"His was a glorious indulgent life that included a highly public wedding in 1951 just a few years after he had concluded an extravagant series of affairs with soldiers, sailors and airmen."

How did Driberg get away with it?

"By far the best story (and one which may even be true) has him fellating Labour party icon Nye Bevan after a bibulous lunch...

Driberg has links to Moscow and hence to Israel.

Driberg was a close friend of Guy Burgess and visited Moscow with him.

He was a supporter of Stalin and throughout his time in the Commons and later the Lords there were persistent rumours that he was a Soviet agent.

It is claimed it was during one visit to Moscow that the KGB used his habit of picking up men in public lavatories - known as cottaging - to trap him.

Allegedly he attempted to seduce a KGB man in the urinals behind the Metropole Hotel.

Driberg went as a day-boy to a local school called the Grange. It was here at the age of eleven where he began sexual experimentation with other boys...

In the autumn of 1935 he gave two unemployed miners a place with him in his bed, but when his hands began to wander the men went to report him at the local police station.

On 12th. November 1935 Tom Driberg ended up in court at the Old Bailey on a charge of indecent assault, but he was found not guilty.

His boss, Lord Beaverbrook (Max Aitken), ensured that there was no press coverage, although Tom Driberg had to go to see the editor of The News of the World.

There may have been some reciprocal arrangement as Lady Astor had pleaded with Lord Beaverbrook to keep the homosexual charges against her son Bobbie Shaw out of the papers...

Christine Keeler, who attended some of Lord Astor's sexy parties at Cliveden. Keeler was the lover of a Russian spy and Jack Profumo, the UK Secretary of State for War. (THE CLASSIC SEX SCANDAL) Website for this image

Driberg had a lucky escape when caught with a Norwegian sailor in an air raid shelter in Edinburgh. Fortunately the policeman was an avid reader of the William Hickey column and let him off. In fact the policeman and Tom Driberg became friends and exchanged letters...

In 1949 the Labour Party conference elected him to the National Executive Committee, and he was re-elected every year from 1950 to 1972...

In 1965 he was appointed as a Privy Counsellor.

He had been an MP for thirty years when he retired in February 1974.

In 1975 he was made a life peer and became Lord Bradwell.

aangirfan: OUR KIND OF TRAITOR