Six teenagers say that they were physically abused at a military camp at Dundrennan, next to Kirkudbright, in Dumfries and Galloway, in Scotland.

According to legal documents, the 'abuse' of the 17-year-olds includes adult soldiers:

1. Pushing the teenagers' heads under water until they choked.

2. Forcing animal excrement into the mouths of the teenagers.

3.  Repeatedly kicking and punching the teenagers.

(The village next to the DU test range UK news The Guardian / DEPLETED URANIUM IN THE UK, USA AND ELSEWHERE / NUKED ) 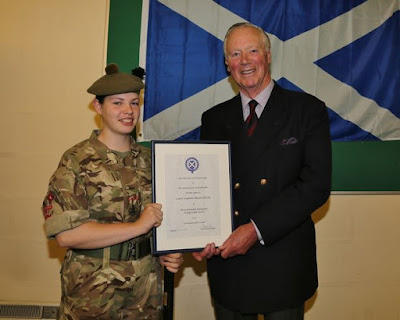 Kirkcudbright. Sir Malcolm Ross and a cadet.
Posted by Anon at 00:16