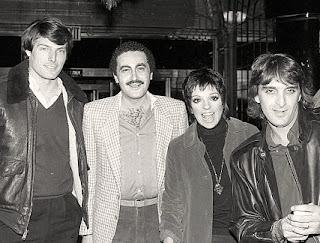 Dodi (second from left) at Studio 54.

Dodi al Fayed's mother is the sister of the arms dealer Adnan Khashoggi.

According to the former Studio 54 owner Mark Fleischman - 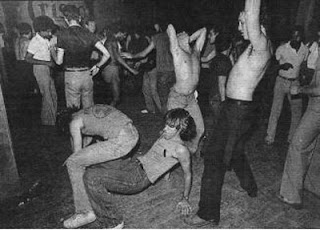 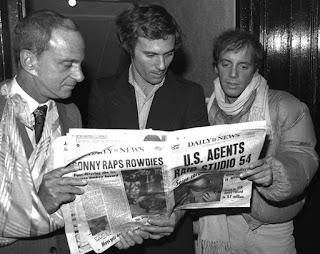 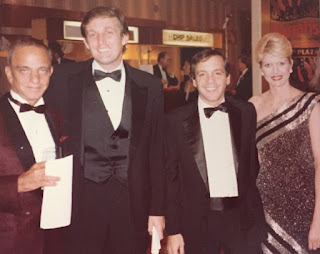 Above, we see Donald Trump with his friends Cohn and Rubell. 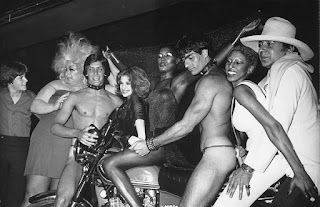 'Dodi, son of Egyptian billionaire Mohamed Al Fayed, who owned Harrods of London at the time, always had the most amazing coke,' Fleischman writes.

Below is what we wrote earlier-

Princess Diana was threatening to move abroad with Dodi Al-Fayed and take William and Harry with her.

This is according to SUE-REID in the Daily Mail

Dodi had bought an estate in Malibu, in California.

Dodi had told Diana the estate was where they would spend their married life.

SUE-REID in the Daily Mail

Malibu has been home to such people as Steven Spielberg, Mel Brooks and Lawrence Ellison founder of the Oracle Corporation.

Dodi's mother is the sister of arms dealer Adnan Khashoggi.

"Allegedly, the first person Ted Kennedy called (may have been the 2nd or 3rd person), after he made his way to shore following the slight mishap at Chappaquiddick, was Scientologist Paula Wagner, one-time business partner and producer with Tom Cruise."

Scientology is said to be CIA-Mossad brainwashing

Based in Malibu, could Diana have been used by people within the CIA and Mossad.

Was Dodi a crypto-Jew?

Mohamed al-Fayed claims that he attended Victoria College in Alexandria.

Victoria College in Alexandria was set up by the British establishment with the help of the Jewish community.

"Among prominent subscribers to the project were members of the prominent internationalized Jewish minority in Egypt...

"The school's executive committee was made up of ... Europeans and Levantine Jews..."

"The bin Laden boys attended classes along with schoolmates such as... the Kashoggi brothers."

Dodi's father, Mohamed Al-Fayed, has been accused of funding the CIA's al Qaeda.

Mohamed Al-Fayed is a former business partner of El-Amira Atta, the father of the 'airline hijacker' Mohamed Atta.

Atta and his father in Egypt. Atta senior was a member of the CIA's Muslim Brotherhood.

"Intelligence sources in France and Israel have revealed that evidence in their possession places Al-Fayed as a member of a group of wealthy Arabs living in the United Kingdom who have been engaged in the clandestine funding of ... Al Qaeda."

What these sources are hiding is that Al Qaeda is run by the CIA and its friends.

"The press had done its utmost to make a fool of Al-Fayed since he began making public accusations concerning CIA and British intelligence involvement in the murder of his son."

"I have spoken to eye-witnesses, French and British intelligence officers, SAS soldiers and to friends of Diana and Dodi.

"The fact is that too many of these accounts suggest that Diana’s death was no accident."

This is according to SUE-REID, who, in the Daily Mail, reveals:

1. The paparazzi were not in the Pont d’Alma tunnel at the time of the car crash.

2. Uncovered is the existence of a shadowy SAS unit that answers to MI6, and two MI6 officers linked by a number of sources to Diana’s death.

Did Diana know too much about certain secrets?

In Simone Simmons 'Diana: The Last Word', it is claimed that Diana was forced to carry out a paternity test on Prince William.(Cached)

There appear to be factions within the elite.

There may be at least two Jewish factions.

On 31 January 2010, we learnt that, according to a book by Anthony Julius, Princess Diana regretted marrying into a 'German family'

Julius's book, Trials of the Diaspora, is about the history of anti-Semitism in England.

Julius was not a divorce specialist.

Julius writes of Diana: "She was interested in Jews ...

"She was happy to take Jews to be hostile to everything to which she herself was hostile.

"She once said to me that she should never have married into a German family...

"She gave the impression of living in a general condition of alienation, but that did not prevent her from operating successfully in many different milieux."

Queen Victoria's husband Prince Albert may have had a Jewish father. Albert's mother was dismissed from the court of Saxe-Coburg-Gotha for having an affair with the Jewish chamberlain, the Baron von Mayern. (British Royal Family's Irish and Jewish Links)

"When I acted for Diana, Princess of Wales I was exposed to a subtle form of anti-Semitism...

"Several newspapers and magazines published profiles of me, in the main composed of clichés. As a Jew I was an 'outsider', not 'Establishment', and this confirmed Diana’s own 'outsider' status...

"There was nothing stealthy ... about the treatment I received in a pamphlet entitled 'Who are the Mindbenders? The people who rule Britain through control of the mass media'.

"The pamphlet’s general argument is that British democracy is a sham because the media, which are controlled by the Jews, determine what the electorate thinks.

"They are protective of their own racial group and act in concert..."

On 17 January 2010, we learnt that Sir David Manning, at the suggestion of the Queen, had been appointed senior adviser to Prince William at the start of his first foreign tour, of New Zealand.

(PRINCE WILLIAM'S JEWISH MENTOR, WHO HAS LINKS TO 9 11)

William and Harry may have Judaeo-English-German ancestry.

"Sir James was of the Sephardic Jews - which embrace the North African family too."

"Kate Middleton is a Jew from a maternal line of Sephardic Jews."

The Truth About The So Called British "Royal Family"

The Rothschilds are Ashkenazi Jews.

Those who say they are Jews but are not - metatron

Sir James Goldsmith who has links to the Rothschilds (Cached).He multiplied his fortune as a brash corporate raider in the United States during the 1980s (Billionaire with a Cause vanityfair.com ) "He inherited many of his traits from his father Frank Goldsmith, the descendant of a distinguished Jewish banking family from Frankfurt once as famous as the Rothschilds." (Obituary: Sir James Goldsmith - People, News - The Independent)