The spooky Louise Richardson is the boss of Oxford University, in the UK.

Her speciality is terrorism .[5] 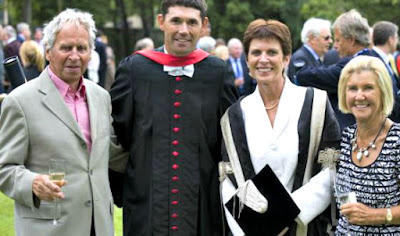 Louise Richardson, her parents, and a golfer.

Louise Richardson was born in Ireland and educated at the University of California, Los Angeles (MA) and at Harvard University (MA, PhD)

She is the author of What Terrorists Want, an account of terrorism written after the 9 11 attacks. 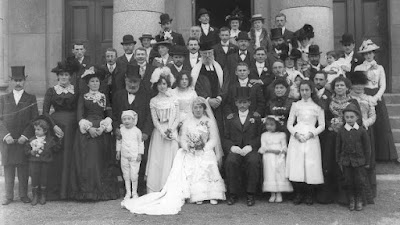 A Jewish wedding in Waterford, where Louise Richardson was born.

Was Richardson recruited by the CIA, or by Mossad?

"Louise Richardson was brought up in rural Ireland, where she learned to hate the British while keeping a journal of atrocities committed against local Catholics.

"'If the IRA would have had me,' she writes of her reaction to Bloody Sunday on January 30, 1972 - when British paratroopers killed 14 unarmed civilians - 'I’d have joined in a heartbeat.'"

What Terrorists Want by Louise Richardson.

Richardson fails to point out that the top people in the IRA worked for the security services.

Sir Jonathan Evans (former boss of MI5), has been an Honorary Professor at the University of St Andrews Centre for the Study of Terrorism and Political Violence. (Staff) 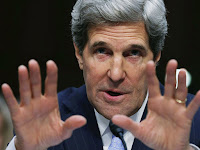 John Kerry is from Ireland. The family name was Kohn and Kerry's roots are Jewish.

What is Richardson's real religion?