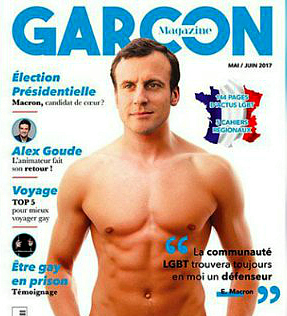 Leaked documents about Emmanuel Macron may or may not be fake.


The Got News site says it has discovered, among the leaked documents, evidence that Emmanuel Macron is on a mailing list of 'VestiaireGay.'

"A huge leak of emails from Emmanuel Macron’s campaign team may have been orchestrated by the same group behind the Democratic National Committee leak, analysts say.

"Code within a cache of up to 9GB of data and documents posted on an anonymous filesharing website was partly written in Russian, despite apparent efforts to delete metadata."

Documents Indicate That Emmanuel Macron May Be Engaging In Tax Evasion.

Macron has denied the allegations.

Documents leaked online appear to show that Macron entered into an operating agreement for a Limited Liability Company (LLC) in the Caribbean island of Nevis.

The company may have had a business relationship with a bank which has been previously involved in tax evasion cases in the Cayman Islands.

Document analysis can be found at GotNews.

It is possible that the leaks are fake.

It is possible that the leaks are the work of Trump's gang, and/or Israel and/or Russia, which may have wanted Le Pen to be elected.

Analysis conducted by The Atlantic Council's Digital Forensic Research Lab found that the hashtag #MacronLeaks was first used by Jack Posobiec, a writer in Washington for the far-right news organization The Rebel. 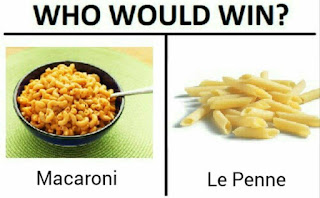 This is a sophisticated game.

My read here is that the Powers That Be, have moved to trigger the collapse of Macron & France itself, even before Macron 'wins' tomorrow night ... serving their ongoing oligarch goal of de-stabilising Europe.

The 'leaks' seem intentionally delayed until just before the election, when they are under French media 'black out' and much less likely to change the result.

But they are likely to have a huge effect throwing France into chaos, in the 'inter-regnum' before the French parliamentary elections 11 & 18 June next month.

A mix of fake and true 'leaks' would be optimum for chaos.

Israeli and CIA asset 'Wikileaks' - led by faker-hoaxer 'not really at Ecuador embassy' Julian Assange - are playing big in the Macron game, a sign that 'Macron Leaks' are a big intel op ... using the now-favoured 4chan to 'legitimise' the Macron leaks 'launch'

Macron is apparently fairly talentless & destined for failure, there have been past pieces exposing his incompetence in banking, tho it was clear Macron had Big Connections and was being groomed ... his backers are the old French establishment behind Hollande, Sarkozy etc, Macron was an empty vessel, he seems unable to get anything done in office.

Macron likely didn't know exactly how he would be 'used' ... some 'leaks' it is said perhaps refer to cocaine being bought for him.

Macron sometimes talks like a druggie, or a mind-control victim with programming gone awry ... YouTube videos in French compile Macron's incomprehensible babble, for example here, 2 min. with French text on screen, quite funny.

France has long been in grid-lock, slowly drifting into un-governability ... the Powers That Be can profit by inciting & managing the collapse of the French Fifth Republic, at the time they choose.

Given that the world debt bomb is perhaps about to explode, it may be a preferred time for oligarch controllers to collapse France and make European assets cheap to buy.