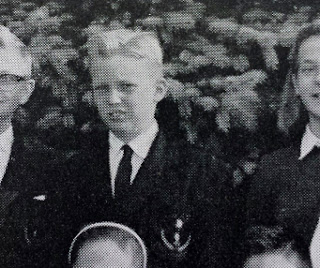 Donald Trump (above) has written: "In the second grade I actually gave a teacher a black eye - I punched my music teacher because I didn't think he knew anything about music and I almost got expelled". Most disruptive - Donald Trump.

In the 2006-07 school year, in the USA, there were 63 violent deaths on school campuses.
There is evidence that the increase in disruptive behaviour in schools (disruption) is in part related to increasing levels of child abuse.
Researchers at the University of Pittsburgh have discovered that an important learning process is impaired in adolescents who are abused as children.
Experts believe this impairment contributes to adolescent misbehavior.
Study Finds New Link Between Childhood Abuse and Adolescent Misbehavior
There is evidence that the adults who are sexually abusing children tend to be 'fundamentalist', 'authoritarian' and 'conservative'. 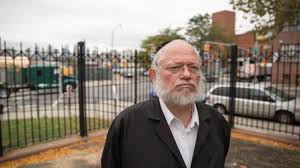 Dr. Amy Neustein says that a series of Hasidic mothers complained that their children were being preyed on by their husbands.

"Like the Catholic establishment, the rabbinate seeks to cover up the crimes, quiet the victims, protect the abusers, and deflect potential criticism of their institutional practices.

"Those who speak out are vilified."

Rabbi Rosenberg tells of being surrounded by young boys in Williamsburg.

The boys cursed him, laughed at him, threatened him, and spat at him.

When boys become bullies, it can be a sign that they have been sexually abused.

Who are the child abusers?

40% of child victims were abused by their mothers.

Who Are the Perpetrators.

Child abusers can be heterosexual, homosexual, or bisexual.

Child abuse is a world-wide problem.

One study in India found that 53.22% of children reported having faced sexual abuse. 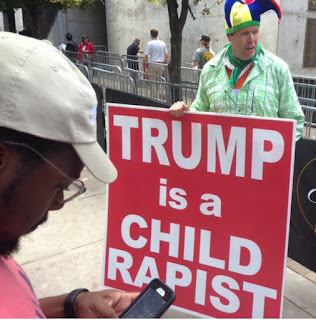 Here is a List of alleged Republican child abusers:

# Republican U.S. Justice Department official John David R. Atchison, 53, an assistant U.S. attorney from the northern district of Florida, has been arrested on suspicion of traveling to Detroit over the weekend to have sex with a 5 year old child.

An undercover officer posed as a mother offering her child to Atchison for sex, according to police. In deposition, detectives said Atchison suggested the mother tell her daughter that "you found her a sweet boyfriend who will bring her presents." The undercover detective expressed concern about physical injury to the 5-year-old girl as a result of the sexual activity.  Detectives said Atchison responded, " I am always gentle and loving; not to worry, no damage ever, no rough stuff ever. I only like it soft and nice." The undercover detective asked how Atchison can be certain of no injury. He responded, "Just gotta go slow and very easy. I've done it plenty," according to detectives.

# Republican city councilman John Bryan killed himself after police began investigating allegations that he had molested three girls, including two of his adopted daughters, ages 12 and 15.

# The former head of the Michigan Federation of Young Republicans, Michael Flory, admitted Tuesday that he sexually abused a colleague during a national convention in Cleveland last summer pleaded guilty to sexual battery on the day his rape trial was to begin

Brian J. Doyle, the Deputy Press Secretary for the U.S. Department of Homeland Security's Office of Public Affairs in Washington, was arrested on 23 Polk County charges related to the use of a computer to seduce a child and transmitting harmful materials to a minor.

Republican executive Randall Casseday of the conservative Washington Times newspaper was arrested for soliciting sex from a 13-year-old girl on the Internet.

Republican judge Mark Pazuhanich pleaded no contest to fondling a 10-year-old girl and was sentenced to 10 years’ probation.

Republican Party leader Bobby Stumbo was arrested for having sex with a 5-year-old boy.

Republican petition drive manager Tom Randall pleaded guilty to molesting two girls under the age of 14, one of them the daughter of an associate in the petition business.

Republican Mayor Tom Adams was arrested for distributing child pornography over the Internet.

Republican County Commissioner David Swartz pleaded guilty to molesting two girls under the age of 11 and was sentenced to 8 years in prison.

Republican legislator Edison Misla Aldarondo was sentenced to 10 years in prison for raping his daughter between the ages of 9 and 17.

Republican Committeeman John R. Curtain was charged with molesting a teenage boy and unlawful sexual contact with a minor.

Republican anti-abortion activist Nicholas Morency pleaded guilty to possessing child pornography on his computer and offering a bounty to anybody who murders an abortion doctor.

Republican racist pedophile and United States Senator Strom Thurmond had sex with a 15-year-old black girl, which produced a child.

Republican pastor Mike Hintz, whom George W. Bush commended during the 2004 presidential campaign, surrendered to police after admitting to a sexual affair with a female juvenile.

Republican legislator Peter Dibble pleaded no contest to having an inappropriate relationship with a 13-year-old girl.

Republican advertising consultant Carey Lee Cramer was sentenced to six years in prison for molesting two 8-year-old girls, one of whom appeared in an anti-Gore television commercial.

Republican Congressman Donald “Buz” Lukens was found guilty of having sex with a female minor and sentenced to one month in jail.

Republican Congressman Dan Crane had sex with a female minor working as a congressional page.

Republican activist and Christian Coalition leader Beverly Russell admitted to an incestuous relationship with his stepdaughter.

Republican congressman and anti-gay activist Robert Bauman was charged with having sex with a 16-year-old boy he picked up at a gay bar.

Republican Committee Chairman Jeffrey Patti was arrested for distributing a video clip of a 5-year-old girl being raped.

Republican activist Marty Glickman (a.k.a. “Republican Marty”), was taken into custody by Florida police on four counts of unlawful sexual activity with an underage girl and one count of delivering the drug LSD.

Republican Senate candidate John Hathaway was accused of having sex with his 12-year-old babysitter and withdrew his candidacy after the allegations were reported in the media.

Republican preacher Stephen White, who demanded a return to traditional values, was sentenced to jail after offering $20 to a 14-year-old boy for permission to perform oral sex on him.

Republican anti-gay activist Earl “Butch” Kimmerling was sentenced to 40 years in prison for molesting an 8-year-old girl after he attempted to stop a gay couple from adopting her.

Republican election board official Kevin Coan was sentenced to two years probation for soliciting sex over the Internet from a 14-year-old girl.

Republican legislator Keith Westmoreland was arrested on seven felony counts of lewd and lascivious exhibition to girls under the age of 16 (i.e., exposing himself to children).

Republican activist Parker J. Bena pleaded guilty to possession of child pornography on his home computer and was sentenced to 30 months in federal prison and fined $18,000.

Republican parole board officer and former Colorado state representative, Larry Jack Schwarz, was fired after child pornography was found in his possession.

Republican strategist and Citadel Military College graduate Robin Vanderwall was convicted in Virginia on five counts of soliciting sex from boys and girls over the Internet.

Republican city councilman Mark Harris, who is described as a “good military man” and “church goer,” was convicted of repeatedly having sex with an 11-year-old girl and sentenced to 12 years in prison.

Republican businessman Jon Grunseth withdrew his candidacy for Minnesota governor after allegations surfaced that he went swimming in the nude with four underage girls, including his daughter.

Republican director of the “Young Republican Federation” Nicholas Elizondo molested his 6-year-old daughter and was sentenced to six years in prison.

Republican benefactor of conservative Christian groups, Richard A. Dasen Sr., was found guilty of raping a 15-year-old girl. Dasen, 62, who is married with grown children and several grandchildren, has allegedly told police that over the past decade he paid more than $1 million to have sex with a large number of young women.

Republican Defense Secretary Donald Rumsfeld authorized the rape of children in Iraqi prisons in order to humiliate their parents into providing information about the anti-American insurgency.

Republican County Board Candidate Brent Schepp was charged with molesting a 14-year old girl and killed himself three days later.

Republican Mayor Jeffrey Kyle Randall was sentenced to 275 days in jail for molesting two boys -- ages ten and 12 - during a six-year period.

Republican County Commissioner Patrick Lee McGuire surrendered to police after allegedly molesting girls between the ages of 8 and 13.

Republican congressional aide Jeffrey Nielsen was arrested for having sex with a 14-year old boy.

Republican legislator Ted Klaudt was charged with raping girls under the age of 16.