TRUMP - POWER TO THE PEOPLE - UPDATED 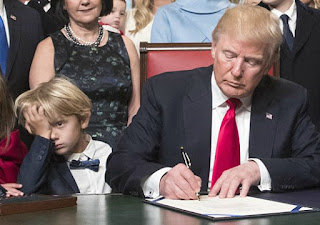 "Fellow Americans, and people of the world,

"In the USA today we find rusted out factories scattered like tombstones across the landscape of our nation.

"In recent construction projects, I bought steel and aluminum from Chinese manufacturers rather than United States corporations based in states like Pennsylvania, Ohio, Michigan and Wisconsin. 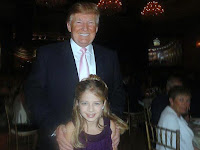 "In the USA today, our young and beautiful students are deprived of all knowledge.

"How many of our young students know about Katie Johnson and Jeffrey Epstein?

"The gangs and the drugs have stolen too many lives.

"There has been a 50% drop in crime in the US since 1991, the stock market increased 148% under Obama, and the economy is currently growing faster than it was at the start of the last four presidential terms.

"Finally, I would like to thank Steve Bannon and Stephen Miller for writing this speech." 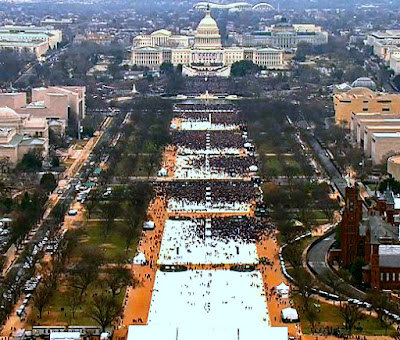 Only 250,000 people came to the National Mall to see Donald Trump sworn in?

"All photographs and video from the event show that the crowd did not extend as far as the Washington Monument, and there were in fact large areas reserved for attendees which remained empty throughout the day." 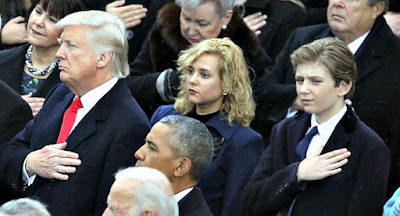 "We are transferring power to the people.

Both Obama and Trump supported People Power, in Libya. 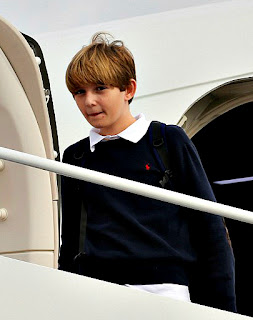 Barron Trump was first off the plane. 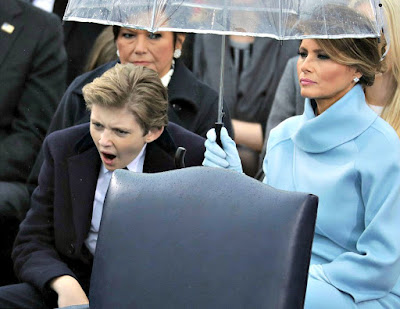 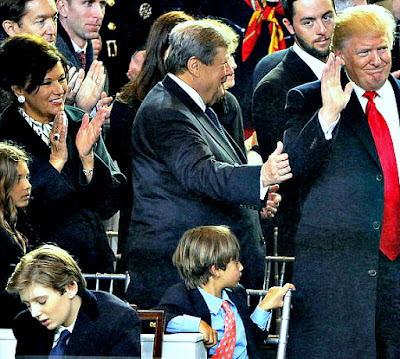 Barron Trump and the rest of the family attended the inauguration. 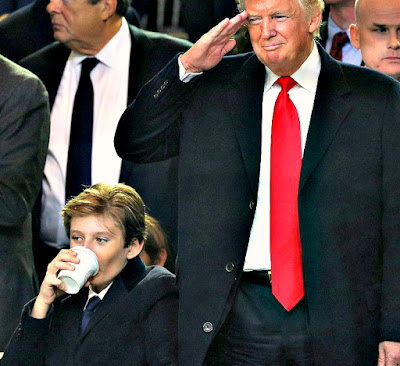 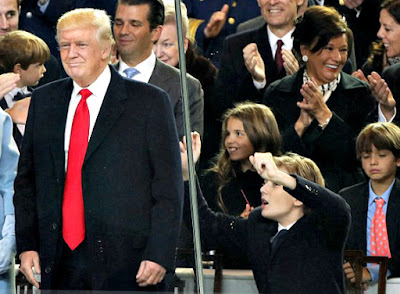 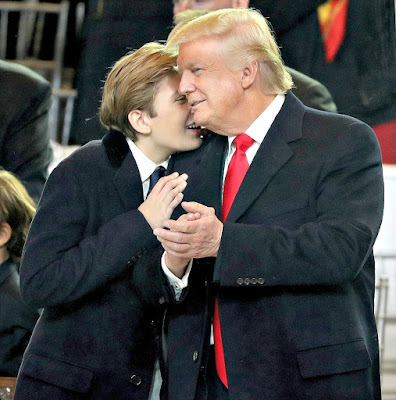 Barron and Donald got close together. 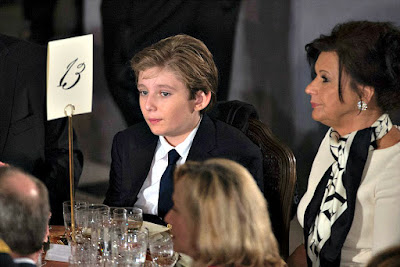 Barron was seated at table 13. 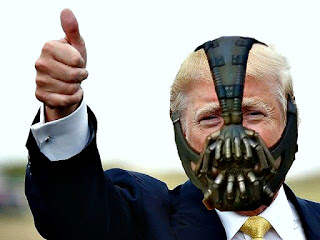