'TRUMP BEING BLACKMAILED BY RUSSIANS' 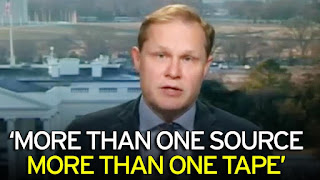 He wrote: "I got a message back that there was 'more than one tape', 'audio and video', on 'more than one date', in 'more than one place' - in the Ritz-Carlton in Moscow and also in St Petersburg - and that the material was 'of a sexual nature'." 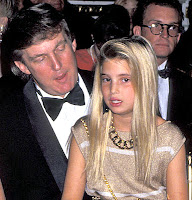 In 2008, Donald Trump Junior said: "Russians make up a pretty disproportionate cross-section of a lot of our assets.

"We see a lot of money pouring in from Russia."

In 2013, Trump's former company put on the Miss Universe pageant in Moscow in 2013. Azerbaijan business associate Aras Agalarov reportedly had knowledge of compromising information about Trump. 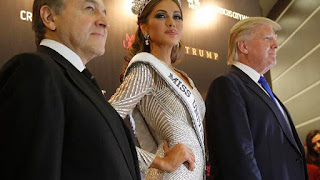 Above we see the £14,000-a-night Moscow hotel suite where Donald Trump is alleged to have hired prostitutes to urinate on the bed.

There are claims that Trump is being blackmailed.

The above information was referred to in a 31 October 2016 article by Mother Jones.

The dossier is a collection of memos written over a period of months.

It includes specific, unverified, and potentially unverifiable allegations of contact between Trump aides and Russian operatives, and graphic claims of sexual acts documented by the Russians. 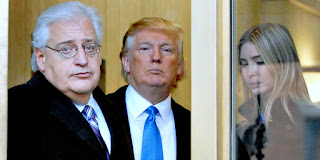 Russia and Israel disagree about Syria, Ukraine, Iran and Palestine.

However, Putin's Russia has many ties to Israel.