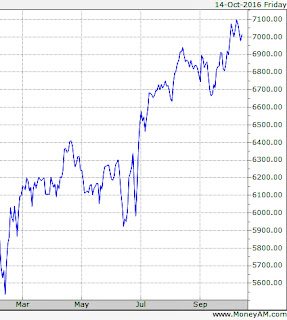 Since the vote for Brexit, the UK stock market has performed well.

The UK's manufacturing sector had a good September.

Merryn Somerset Webb in the Financial Times‎ tells us that the Cloud over the pound has a silver lining.

Most big UK companies are currently benefiting from the fall in the pound. 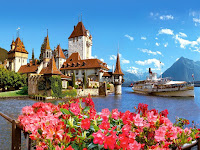 Switzerland is not in the EU, and is 'very rich'.

Before Brexit, the UK's huge current account deficit (difference between exports and imports)  was about 6 per cent of GDP - near a peacetime record.

The UK needs its economy to rebalance.

The pound was over-valued - because of the constant flow of speculative capital into London.

The UK is now, to some extent, rebalancing its economy. 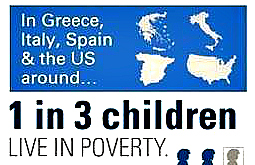 Greece has not been so lucky.

It is stuck with the Euro.

Greece, Italy and Portugal all need to re-balance, but it is not easy when they are stuck with the Euro and the EU.

MORE HERE:  Cloud over the pound has a silver lining.
Posted by Anon at 04:59