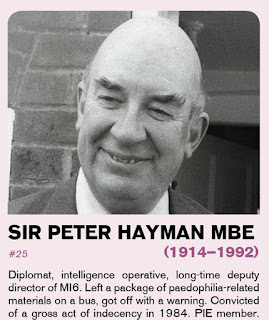 'A survivor of child abuse' writes:

"I was at the time twelve years old, and prostitute to Peter Hayman.

"I had a dozen other regular 'privates', and was required to attend rape-parties at Dolphin Square and elsewhere in Pimlico, London, and around southern England, weekly too."

"Bugsy Malone, had for a showstopper an astonishingly uncomfortable child-prostitute song  - Talulla had a training/In North Carolina...

"Underage 'groupies' had been standard fare at rockstar and 'elite' parties for decades already: this was common knowledge... 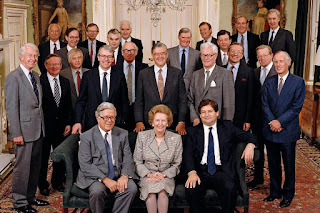 "When I was ten, eleven and twelve, I wore high heels and lingerie and makeup - in real life I was a boy who liked skateboarding, and racing pigeons with my grandfather – to service a cabal.

"The cabal was composed of what with hindsight seems like half of the Privy Council and the Monday Club, many if not most political big names of the period, plus a smattering of MI6 and Special Branch, plus the odd regional police chief, or chief-criminal, or both, in town for a jolly."

"At fourteen I was too old for the market.

"I took O-levels and A-levels, kept myself going with Bensons and books.

"Kids who’d been abused next to me started dying: car crashes on lonely roads, or out drinking in London and just keeling after the first pint."

"I kept my head down, worked shifts to earn cash, got myself out of that town and to a radical poly, to equip myself.

"A few years later, I was internationally respected in my chosen profession and earning well.

"I began to seek help for the insomnia and depression which had wrecked my week-to-week life since mid childhood...

"I gave evidence to the police about the sexual abuse and exploitation in my childhood.

"The Crown Prosecution Service did nothing..." 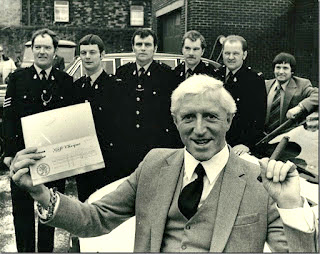 'Savile was protected by the police.' BBC, SAVILE, SECURITY SERVICES.

"I was speaking to a senior Metropolitan Police officer about child prostitution when the call was cut off.

"This happened repeatedly, and strange threats flashed up on my computer screen.

"Then suddenly there was a hammering at the door: uniformed police who, when I asked for ID, showed me a plastic shield...

"I was raped by a uniformed officer, and detained in a violent and dangerous psychiatric lockdown ward for six days, on a section..."

"My wife and I decided, immediately, to leave the country for our own safety.

"Multiple serious attempts on our lives were made as we left our home town, and on the motorway to the airport, by large white Audis and BMWs with non-standard registrations...

"I remain in hiding overseas, with no idea of when it might be safe to return – or what that safety could even look like..."

Marc Dutroux who supplied children to the elite, and who was protected by certain police.

The lighter, brighter side of fleeing-for-your-life from our murderous British Police and Security Services

The top bad guys say that the great child abuse inquiry should stop..


The village of Sonning, west of London, was home to Uri Geller for 35 years. Theresa May lives in Sonning. Theresa May is the cabinet minister ...

THE REAL THERESA MAY