UK WILL DO FINE - GERARD LYONS 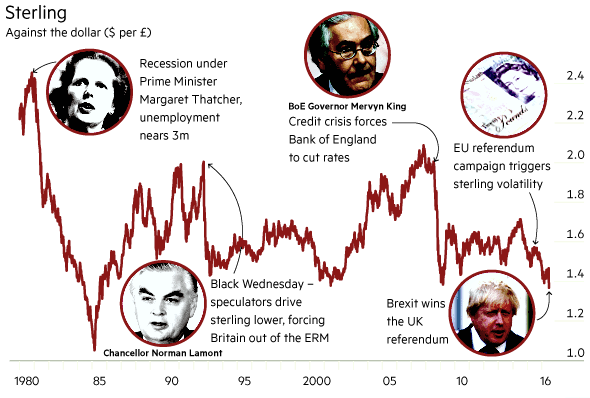 The British economist Gerard Lyons is reputed to be an accurate economic forecaster.

In the late 1980s he correctly forecast that the 'Lawson Boom' would end in a Bust.

He correctly predicted sterling's exit from the ERM.

After Black Wednesday he correctly forecast that interest rates would fall sharply and the economy would grow strongly, which was contrary to the general consensus.

In 1999, he wisely opposed the UK adopting the euro, predicting that the combined currency would run into trouble, as occurred in the 2010 European sovereign-debt crisis.

The month before the 2008 financial crisis he was one of only two UK forecasters then predicting an imminent deep recession. 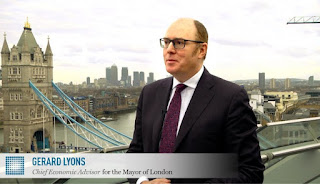 1. The UK economy will do just fine.

2. With quality goods at a competitive price, we can sell not just into the Single Market from outside the EU but into many markets across the globe.

3. This was not a vote against Europe but against the institutions and working practices of the European Union.

4. The recent scale of migration prevented wages from rising in some areas and increased pressure on public services and housing, creating tensions.

This highlighted the need for both a sensible approach and for the government to invest more in infrastructure and to boost housing supply.

5. It makes sense to be thinking globally while distancing Britain from the plethora of crises that lie ahead for the EU.

These might include the Italian banking crisis, the German life insurance crisis, the Greek debt crisis, the youth unemployment crisis and the euro crisis. 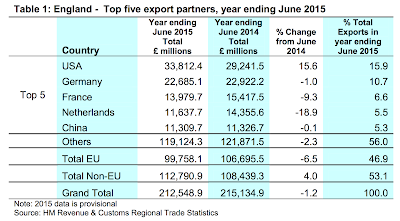 6. The UK now needs to focus on pro-growth policies driven by increased investment, infrastructure and innovation, where services, the City and manufacturing play their part.

7. We also need to start thinking less about zero-hour contracts and more about taking pride in ensuring that workers' rights are protected by Parliament.

8. The UK has made a clear, bold decision to distance itself from the centralising, controlling and regulating environment of the EU.

9. The countries that will succeed need to be global in their outlook, adaptable, flexible, and to control their own destiny.

10. Many young people backed Remain, for many reasons, including fears that they would be unable to travel freely if we left the EU.

That is nonsense. People can travel freely across the globe now.