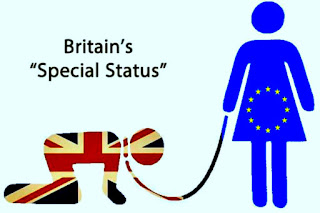 
According to Liam Halligan:

1. The UK's £60bn trade deficit with the EU means powerful German auto producers, French wineries and Italian furniture-makers will make sure that Britain continues to trade with the EU.

Now, despite many more member states, the EU accounts for over 30%  of global GDP.

The EU today is slow-growing and tied up in red tape.

The euro, which 'most economists' told us to join, is doing untold damage.

Locked in a high-currency straitjacket, Greece and Spain are suffering 40-50% youth unemployment.

Italy, having barely grown since the euro's 1999 launch, faces a major banking crisis.

Unable to depreciate their currencies, such economies are being sacrificed on the altar of 'more Europe'. 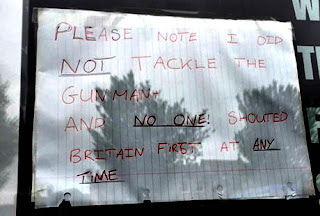 The message in the landerette's window says: "Please note, I did not tackle the gunman. And no one shouted Britain First at any time." JO COX FALSE FLAG CONSPIRACY.

4. The UK currently sends 42% of its exports to the EU, sharply down from 55% just five years ago.

The EU is declining as a UK export destination.

5. Treaties including Maastricht and Lisbon have severely diluted British sovereignty.

The European Commission (with its over-paid, unaccountable bureaucrats) and the European Parliament (a rubber-stamping factory for Commission diktats) are now powerful entities in our national life.

Trade with the EU will still matter, but in a more inter-connected world, with the UK specialising in 'weightless' services and geography less necessary, Europe isn't economically important enough for us to succumb to a deeply undemocratic supra-national political body in order to trade with it. 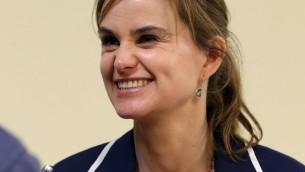 6. Studies by the Treasury and the OECD say that UK households will be worse off, with Brexit.

Such 'studies' are designed to scare voters.

When the euro implodes, the big EU economies - the UK included - will pick up the tab

The UK, free from onerous EU directives and the common tariff on non-EU imports, could grow faster.

A Brexited Britain would focus more on trade with dynamic emerging markets in Asia and elsewhere.

That's why so many small and medium-sized firms accounting for much of Britain's creativity and employment back Leave.

(Almost half of Europe’s tech businesses worth more than $1bn were founded in the UK. Read more)

7. If we vote Brexit, other countries will likely hold their own EU votes.

The Netherlands, Sweden, Finland and Italy could also vote to leave.

Only then will the eurocrats be forced to move to a looser, less hubristic, more democratic EU.

One focused on trade and co-operation between sovereign nations, not absurd nation-building appealing to elites.

8. Then there is 'free movement of people' - good in theory but, I'm afraid, in reality naïve and dangerous.

When the pace is this fast and getting faster, low-income working people suffer, their wages flattened.

This isn't about being 'racist' or 'stupid', but being deeply insecure economically – something much of our media class will never understand. 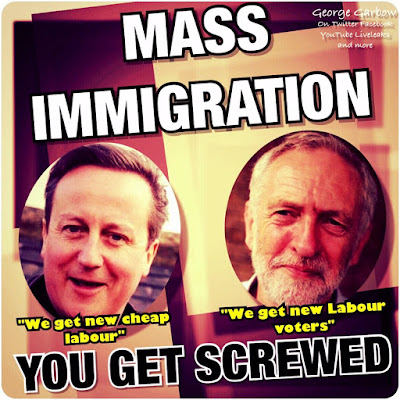 In The Telegraph, AMBROSE EVANS-PRITCHARD writes that the Brexit vote is about the supremacy of Parliament and nothing else
Ambrose Evans-Pritchard writes:

1. I will cast my vote for withdrawal from the European Union.

It comes down to an elemental choice: whether to restore the full self-government of this nation, or to continue living under a higher supranational regime, ruled by a European Council that we do not elect in any meaningful sense, and that the British people can never remove, even when it persists in error...

We are deciding whether to be guided by a Commission with quasi-executive powers that operates more like the priesthood of the 13th Century papacy than a modern civil service; and whether to submit to a European Court of Justice (ECJ) that claims sweeping supremacy, with no right of appeal...

2. The EU crossed a fatal line when it smuggled through the Treaty of Lisbon, by executive cabal, after the text had already been rejected by French and Dutch voters in its earlier guise.

It is one thing to advance the Project by stealth and the Monnet method, it is another to call a plebiscite and then to override the outcome....

It created a European supreme court with jurisdiction over all areas of EU policy, with a legally-binding Charter of Fundamental Rights that opens the door to anything... 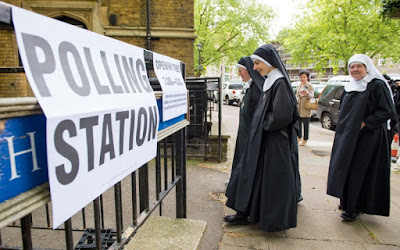 Aangirfan getting ready to vote.

3. Has there ever been a proper airing of how the elected leaders of Greece and Italy were forced out of power and replaced by EU technocrats, perhaps not by coups d'etat in a strict legal sense but certainly by skulduggery?

On what authority did the European Central Bank write secret letters to the leaders of Spain and Italy in 2011 ordering detailed changes to labour and social law, and fiscal policy, holding a gun to their head on bond purchases? ...

4. We are a long way from the triumphalism of the millennium, when the EU was replicating the structures of the US federal government, with an EU intelligence cell and military staff in Brussels led by nine generals, and plans for a Euro-army of 100,000 troops, 400 aircraft and 100 ships to project global power...

5. We are compelled to make our choice at a treacherous moment, when our current account deficit has reached 7% of GDP, the worst in peace-time since records began in 1772 under George III.

We require constant inflows of foreign capital to keep the game going, and are therefore vulnerable to a sterling crisis if foreigners lose confidence.

I am willing to take the calculated risk that our floating currency would act as a benign shock absorber - as devaluation did in 1931, 1992, and 2008 - but it could be a very rough ride.

As Standard & Poor's warned this week, debts of UK-based entities due over the next 12 months amount to 755pc of external receipts, the highest of 131 rated sovereign states...

Continued here:  Brexit vote is about the supremacy of Parliament and nothing else