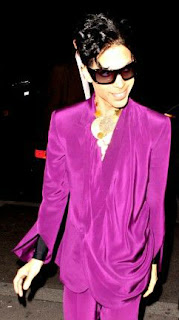 Purple is a colour used in CIA mind control - to produce sex slaves for the elite.

When Prince was ten years old, his parents separated.

According to the book Prince: Chaos, Disorder, and Revolution by Jason Draper, Prince was reportedly abused at the hands of his father, John Lewis Nelson and kicked out onto the street.

Prince joined the Jehovah's Witnesses in 2001.

"Prince would have bizarre sex parties where he had different theme rooms.

"He kept people in rooms at his homes and would have different acts in each room.

"He had cages, chains, whips in these rooms.

Prince - many parallels with Michael Jackson:

Check out the lyrics to Prince song "The Sacrifice of Victor".

As mentioned in the Franklin coverup case, Minneapolis is big in child trafficing to NYC.

Prince was taken to NYC by sister when still in high school.

They both were cruelly used and ultimately left empty shells unable to experience love nor joy except through the mass consumption of their stage personas. 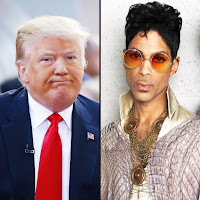 The Sacrifice of Victor Lyrics, by Prince:

I was born on a blood stained table
Cord wrapped around my neck
Epileptic 'til the age of seven
I was sure Heaven marked the deck
(We sacrifice)...

Mama held up her baby for protection
From a man with a strap in his hand
Ask the Victor 'bout pain and rejection
You think he don't, when he do understand...

1967, in a bus marked, 'Public School'
Rode me and a group of unsuspectin' political tools
Our parents wondered what
It was like to have another color near

So they put their babies together to eliminate the fear
We sacrifice
Yes we did fightin' one another
We sacrifice ... 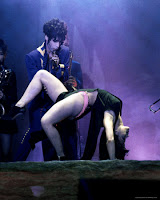 In 1990, Prince wrote a song about Donald Trump: