David Furnish is a Canadian filmmaker, "now infamous for obtaining an injunction in the UK that prohibits the disclosure of group sex and extra marital relations that he has had while married to Elton John." 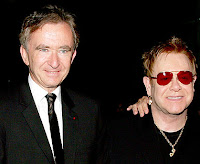 Above we see Elton (right) with Bernard Arnault the father-in-law of NATALIA VODIANOVA.

Their first child, son Zachary Jackson Levon Furnish-John, was born in December 2010 in California via surrogacy.[4]

In January 2013, the couple's second son, Elijah Joseph Daniel Furnish-John, was born through the same surrogate.[5] 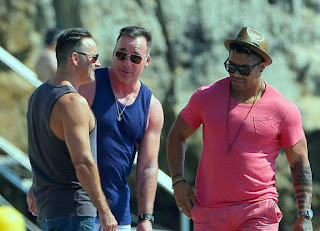 "In 1989, the Sun published a story alleging that Elton John had a taste for young rent boys.

"They also claimed he demanded that any boys found for him should be drugged with vast amounts of coke before being brought to his bed."

Is there more to Elton John than meets the eye ....

Above we see Elton and David Furnish. 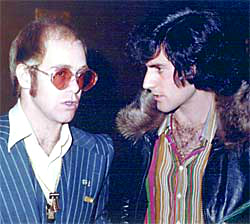 Above we see Elton John and Uri Geller. 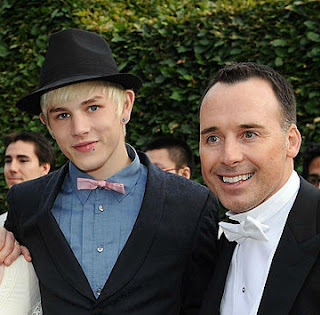 Above we see David Furnish (right) 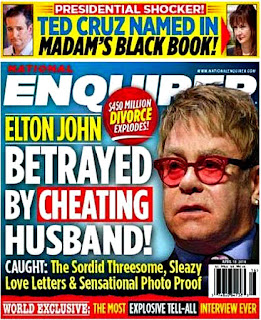 Elton is in the news?

Justice Scalia has been accused of hiring a prostitute who did him in via lethal injection?

John Whittingdale, the UK cabinet minister, is the brother of Charles Napier.

"Charles Napier ... was a treasurer of the Paedophile Information Exchange and had convictions for child abuse going back as far as 1972, Kingston Crown Court was told."

The UK government minister YYYYY is said to be acquainted with XXXXX, an escort 'who specializes in domination and sado-masochistic practices'.

"YYYYY was accompanied by XXXXX at locations including the MTV Awards in Amsterdam in November 2013, the SportBall, attended by Kate Middleton, also in December 2013 and a New Years Eve party at the House of Commons in 2014/15".


"While XXXXX was involved with YYYYY, XXXXXX was also involved in a relationship with a member of the London underworld, who has a previous firearms conviction...

"A senior Labour MP confirmed that he had seen YYYYY with a prostitute at the House of Commons, although was unaware if it was XXXXX. When pressed on how he was aware of this, he told Byline that the prostitute was giving out business cards to other MPs".

Elton John is a fan of Hillary Clinton.