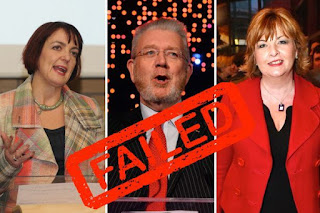 A group who were sexually abused as children say that Angela Constance, Scotland's education minister, is ignoring them.

The group are threatening to withdraw cooperation from the public inquiry into child abuse in Scottish institutions.

The group, In Care Abuse Survivors (Incas), says repeated requests for meetings with the minister have been turned down.

Alan Draper, Incas' parliamentary liason officer, said: "The inquiry team, appointed by government, have questioned the need for representation for survivors, and seem to consider the role of survivors to extend only to the giving of evidence.

"We are moving away from a 'survivor centred' inquiry to one where survivors are merely witnesses to be heard and then excused."

Scotland's school pupils have been failed in eight years of SNP rule.