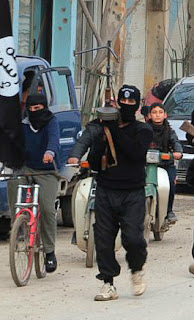 The Scottish National Party voted in favour of bombing Libya.

Now the Island of Bute in Scotland has received Syrian refugees. 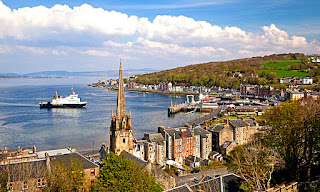 On Bute, the Syrians have been given free homes with new kitchens, carpets and washing machines.


"A specially appointed imam is to be ferried from Glasgow each week to lead Friday prayers.

"A local supermarket has promised to sell halal meat from animals slaughtered according to rules set out in the Koran..."

Alex Salmond of the Scottish national party. Alex Salmond's grandfather, William Milne, shot himself dead. scotsman.  Milne was a Conservative, a fan of the boy scouts and a Freemason. Salmond: Against The Odds.


On the island of Bute:

"One shopkeeper in his 50s said a woman living next to a refugee family was recently asked (by one of the new migrant liaison officers now working on the island) not to display too many Christmas decorations in case they offended her neighbours’ Muslim beliefs...

On the island of Bute:

"I was told another story about a mother who claimed that while walking her children home from school the day after the migrants arrived (by ferry and greeted by a police escort at the harbour), she was rudely abused by a Syrian teenager as he passed in a car.

"A Rothesay shopkeeper explained: 'The teenager made a gesture at her with his hand and mouth, a sign for oral sex.

"'When she returned him a disapproving look, he did it again. She rang the migrant liaision officers to complain, but was told there was no one she could speak to about the matter'...

"A local woman in her 20s was wearing a sleeveless T-shirt and claims a Syrian woman stopped her in Rothesay town centre and ‘shouted’ at her to cover up her shoulders." 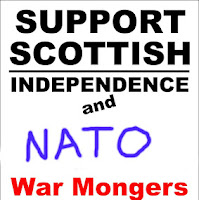 If the Scots want to be run by the CIA and Mossad, they should vote for the Scottish National Party.