Zimbabwe's Mugabe is very fond of Zahara, above.

There is a struggle for the succession.

The likely candidates are:

Grace Mugabe, aged 50, the wife of President Mugabe, who is backed by a group of 40-year-olds, nicknamed G40.

Emmerson Mnangagwa, the current first vice-president, a 69-year-old former head of the security service, who is 'the favourite'.

Emmerson Mnangagwa was largely responsible for the campaign in the early 1980s, when around 20,000 Ndebele, mostly civilians, were murdered by Mugabe's army.

Joice Mujuru, whose husband, a former head of the army, was burnt to death in a mysterious fire in 2011. 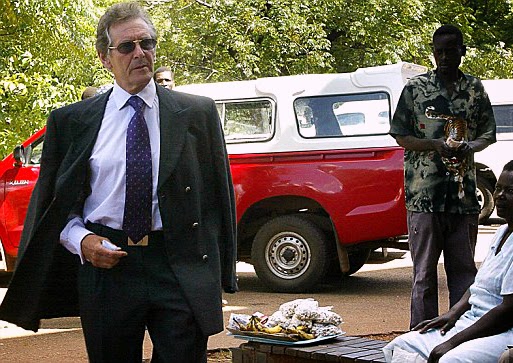 Nicholas van Hoogstraten (above) has been linked to:1. The UK's top pedophile rings 2. The CIA and its friends 3. Mysterious events in Zimbabwe.

Will Mugabe's successor be chosen by the CIA and its friends or by China?

Zimbabwe assisted the CIA in its rendition programme.

This emerged from a recent report that the USA Senate made public.

The CIA once tipped off Mugabe against going to Ecuador, and it is believed that Mugabe is an asset of the CIA.

The Rhodesian Central Intelligence Organisation (CIO) was infiltrated by Mossad, through Ari Ben-Menashe.

The Israeli interest was in the supply of plutonium from the Congo via Zimbabwe to North Korea and thence to Syria and Iran.

ROBERT MUGABE OF THE CIA, AND MOSSAD. 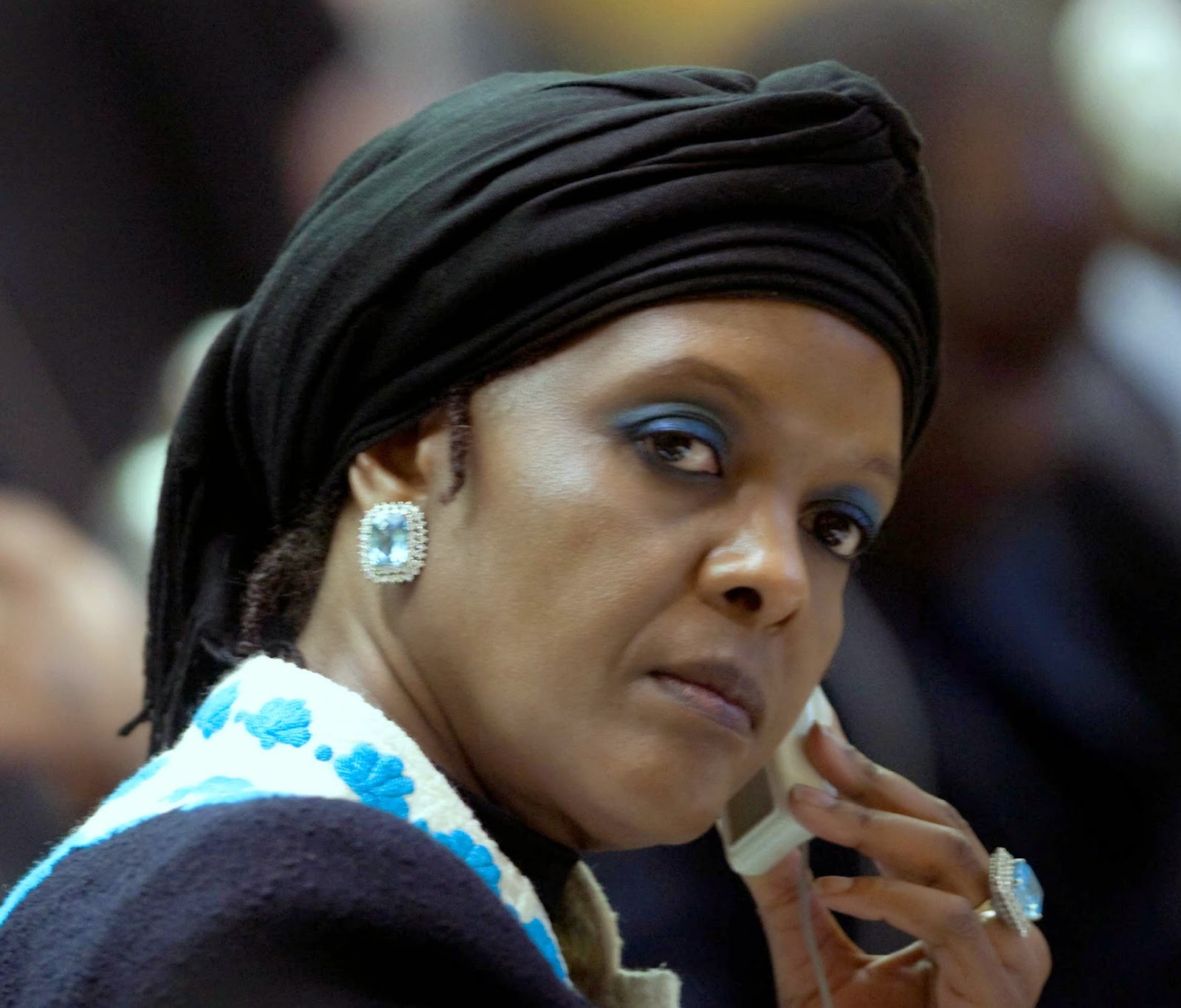 One of her palaces is called "Gracelands".

Grace Mugabe, wife of the reportedly bisexual Robert Mugabe, is reportedly being backed by 'emissary of the devil' Nicholas van Hoogstraten.

Hoogstraten, Grace Mugabe and certain Chinese are reportedly involved in smuggling Zimbabwe diamonds out of the country.

Hoogstraten owns 1,600 square miles of the best land in Zimbabwe, as well as two palatial homes, with grounds guarded by Mugabe's secret police.

Hoogstraten is also a friend Emmerson Mnangagwa (The Crocodile). 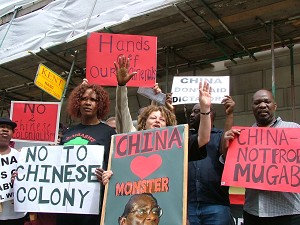 "China is the largest buyer of tobacco from Zimbabwe, and – as in many African countries – has invested in mining, manufacturing and infrastructure.

"China built Zimbabwe’s National Sports Stadium in the 1980s, as well as rural hospitals and the country’s biggest shopping mall, and also provided loans for water schemes and power stations.

"But analysts say Zimbabwe’s economic troubles, which saw inflation soar to 500bn% according to independent estimates, during a decade-long recession that ended in 2009, are unlikely to be solved by new Chinese investments."

In suburban Harare, "street signs have been stolen for their metal ... Streetlights are mostly bust... Traffic lights are often on the blink ... Potholes, some a foot deep, pockmark the roads ... Predatory police are ever ready to bid for a bribe..."


"Electricity and water even in the poshest parts of Harare are often off.

"Agriculture has collapsed since the confiscation of more than 90% of the farms owned by whites in the past 15 years, and with it the manufacturing that largely depended on it." 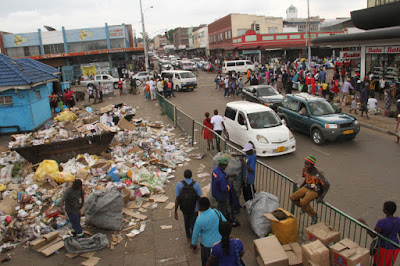 The post-Mugabe struggle could turn violent.

Light at the end of a long, dark tunnel | The Economist.
Posted by Anon at 22:50