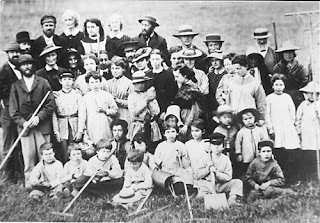 Critically Christianity must be partially deconstructed and challenged to get back to the root of what it means to be 'religious' or 'spiritual' due to the undermining mentioned above.

Understanding 'Jesus' in it's purest form, regardless if he was an actual entity at that time or an amalgam of other old world heroes that fought an honest campaign against oppression and inequality, the concept remains true and sincerely frightens the establishment. In that way Jesus truly is the only way.

Learning the truth about who Jesus was or all of the other hyperbole like angels on the head of a pin should in no way take away from the strength Jesus message contained in understanding your position under the stars as a natural law sovereign.

- Any religion claiming that some people go to an eternal no-exit hell, cannot be a true religion

- Any religion claiming to be the 'only one true way', cannot be a true religion

- Any religion imposing, or even positively speaking of required mutilation of babies or people (circumcision), cannot be a true religion

- Any religion seeking to spread itself by conquest or physical or psychological terror & fear-mongering, cannot be a true religion

- Any religion not offering you help to full liberation of mind & soul in your deepest psychology, cannot be a true religion

There are multiple ways to the divine, which you can freely choose among ... there is always always a way back toward God, you always get another chance (even if in next lifetime) ... there need never be any fear or terror that you are hopelessly 'lost', or doomed forever for some 'error' of not joining or believing something ... nothing good is ever 'lost'

Old Asian cultures had Enlightenment long ago, they were not slave-conquest cultures like Greece Rome and Jewish-Christian-Muslim societies.

There was essentially no slavery in ancient India, which had democracy long before Greece. Ancient India had modern tolerant sexuality (Kama Sutra, Temple of Khajuraho) ... University at Nalanda India lasted 1,700 years before Muslims destroyed it... (Ancient India was great, but India suffered over 1000 years of Muslim & Christian occupation still hurting it today - e.g, ancient 'caste' was gentler, there was intermarriage, caste mobility, no scorned 'untouchables')

Cyrus of Persia 2500 years ago decreed freedom of religion & efforts to end slavery in mid-East... Hindu Buddhist Daoist countries began ending the death penalty 2000 years ago ... at various times much of India, ancient China, ancient Japan abolished it
Posted by Anon at 22:56

Email ThisBlogThis!Share to TwitterShare to FacebookShare to Pinterest
Labels: religions