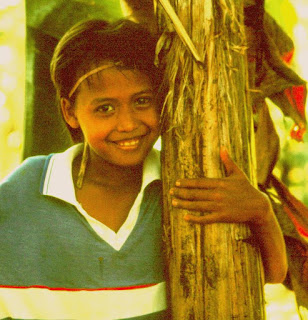 We choose; we have free will.

According to Amit Goswami, a theoretical nuclear physicist:

"Consciousness is the ground of all being... Our free will is real...

"Reality is not two things - God and the world - but one thing, consciousness."

The problem of evil can perhaps be explained by looking at the equation 0 = +X -X.

When there are created 'things', we get dualism.

In other words, when we have 'hot' we also have 'cold'.

"The mystics of all the great traditions agree that all distinctions are imaginary and that the Ultimate Nature of Reality is non-dual."

The Mystical Core of the Great Traditions 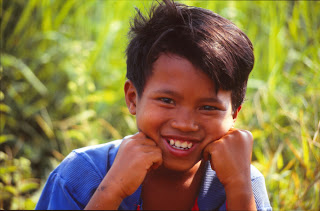 The Taoists would argue that there is always Yin and Yang.

There is only a problem if there is a lack of balance.

"We did testing that showed they were identical, yet they were markedly different in their behaviors and physical appearance.

"One twin began to talk about a previous life as a Sinhalese insurgent, said he was shot by police in April 1971. Anyway, his family laughed at him, so he shut up and nothing could be verified about what he said.

"The older twin talked copiously about the previous life of a young schoolboy. He made several specific statements that ultimately checked out. He said he lived in a place called Balapitiya and traveled by train to a school in another town called Ambalangoda. He made comparisons between the families' property.

"He referred to an aunt, by name, who had cooked chilies for him.

"Perhaps the most astonishing thing was that when the two families met, the boy pointed to some [writing] in a wall that turned out to be the name of the deceased boy he was remembering. The subject said he had made that when the cement was wet. No one in the deceased boy's family had noticed it before."

He could put a long sail-maker’s needle through his arm without injury.

"According to Schwarz, he could also see people’s auras, which allowed him to gauge their physical, emotional, spiritual, and mental conditions."

David Seidler "eliminated his cancer through meditation and imagination...

"He spent the two weeks leading up to his surgery envisioning a clean, cream-colored, healthy bladder.

"When Seidler went in for his pre-surgery biopsy, the doctor was stunned to find a distinct lack of cancer..."